Student journalists are crucial in combating the continuation of fake news 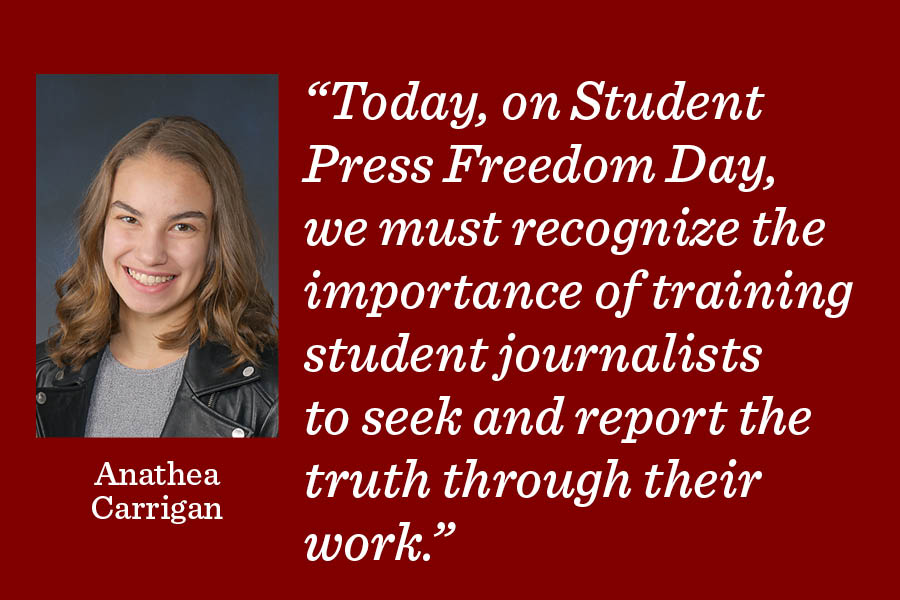 As fake news and biased reporting continue to expand pervasively, it’s crucial to train the next generation of student journalists to seek and report the unbiased truth, writes opinion editor Anathea Carrigan.

Every month during my first year at U-High, I would be bombarded in stairwells, hallways and the cafeteria by Midway staff members passing out the new edition of the newspaper. I always wondered what it would be like to be a part of the Midway, and to write something that other people would want to read. So, when it came time to register for my sophomore year classes, I signed up for Beginning Journalism. Since then, as a student journalist, I have not only learned how to report the truth in my own writing, but how to seek and recognize it in others’ work.

As fake news and biased reporting continue to expand pervasively, it’s crucial to train the next generation of student journalists to seek and report the unbiased truth.

Student journalists have grown up in the era of fake news. Sensationalized, even libelous media coverage is not new, yet according to a study done by the Pew Research Center, 50% of Americans say that made-up news and information is a very important problem in the country today. Furthermore, the term “fake news” has been weaponized by people like former President Donald Trump, who use the term to discredit accurate, but politically inconvenient, reporting. All these components of fake news have led to a general distrust of the media. Student journalists, being the next generation, must strive to regain this trust, ensuring that they are living up to the ethical standards they have studied.

Student journalists are engaged with the news, on both a community and national level.  We frequently learn about media literacy in the classroom. This training allows us to recognize fake news when we see it, and direct ourselves and our peers away from misleading sources and information.

Today, on Student Press Freedom Day, we must recognize the importance of training student journalists to seek and report the truth through their work. Consider joining the U-High Midway team to improve your own media literacy and to learn about quality media coverage. Support your local student journalists today by reading some of their work, engaging through the comments and sharing on different platforms.