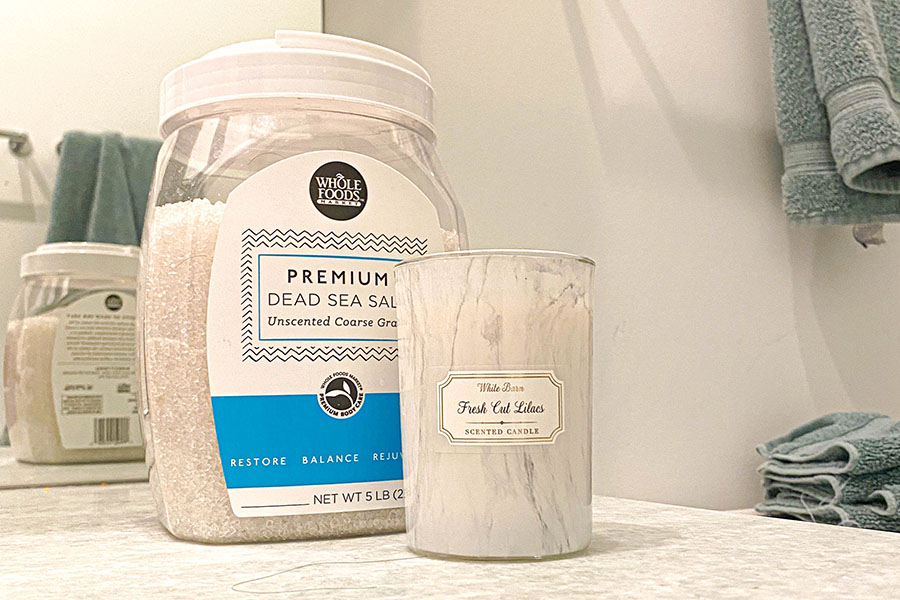 Wellness products have been used to deal with the adverse effects of the never ending screen time of remote learning.

After waking up in the morning, many students roll out of bed and into class, only a few minutes separating the sound of the alarm and the illumination of the screen. For junior Emma Baker, one step separates waking up and class: a ride on her family’s Peloton.

During the pandemic, some U-High students and faculty members have utilized various wellness products to stay active, healthy and relaxed.

Emma’s family has owned a Peloton for about three years, but they began using it more often when Lab transitioned to distance learning and tennis facilities were closed. Even since tennis resumed, Emma has continued to use the Peloton.

According to Emma, in addition to helping her fitness, the Peloton has offered mental health benefits. She said it has helped her academic performance as well.

“It just helps me stay in a mentally better frame of mind, wakes me up in the morning and I feel good in the beginning of the day so I’m ready for my classes,” Emma said. “It also helps me if I have a test or quiz in school that day, and I can just think better while I do it.”

Emma also uses blue-light glasses, having bought them shortly before the summer. She said she uses these sparingly, wearing them occasionally in her last few classes of the day.

“The online classes on Zoom just gave me headaches,” Emma said. “I don’t want to become too dependent, but sometimes it’s just too much, and they’ve been pretty helpful.”

Like Emma, science teacher Sharon Housinger started to get headaches last year during distance learning and bought blue-light glasses as a result. However, her original pair did not help.

“I went to the doctor because I was worried something else was wrong with my eyes, and the eye doctor said that those blue filters don’t work,” Ms. Housinger said. “She said to get the orange or yellow lenses because that blocks enough of the blue light.”

Ms. Housinger did get orange lenses, as her eye doctor suggested, and she said her headaches have gone away completely.

Ms. Housinger had been trying to limit her blue light exposure even before distance learning began, and she now wears her orange lenses even while she watches TV outside of class.

“My knowledge of science only went so far as to know that the blue light was a problem,” Ms. Housinger said. “I knew that too many screens would strain your eyes, and it kind of messes up your sleep-wake cycle.”

While she does not wear blue-light glasses like Emma and Ms. Housinger, sophomore Fermi Boonstra received scented candles for her birthday over the summer, and she keeps them lit throughout the day.

“It definitely makes my room a safer space, just having that same scent. It creates some kind of comfort,” Fermi said.

So as Emma logs on to her first Zoom class of the day, she says she is happier knowing her day started with some exercise, a break from the groggy routines many people have become accustomed to during the pandemic.