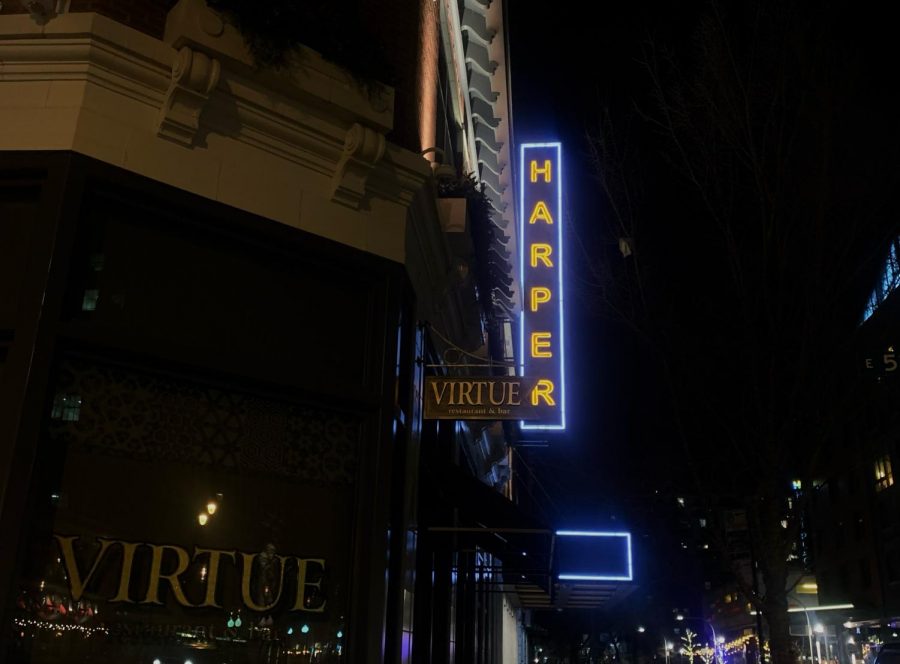 The glowing sign above the Harper Theater entrance casts a welcoming and warm light over South Harper Avenue in Hyde Park. In the evenings, Hyde Park residents would gather to enjoy movies and quality time. However, the theater closed on March 16, 2020, in compliance with the governor’s orders to limit the spread of the coronavirus. Since then, the theater has hosted private parties, but it has not yet been able to return to full occupancy.

The Harper Theater and other independent theaters throughout the city have been waiting to return to full occupancy, and staff are looking forward to this summer when many blockbuster movies are scheduled to be released.

First opened in 1915, the Harper theater is now listed on the National Register of Historic Places as part of the Hyde Park-Kenwood Historic District. Over the years, the theater has closed periodically when being transferred from owner to owner. Anthony Fox, current Harper Theater owner, revitalized the historic site after its most recent closure in spring 2002. The theater reopened in January 2013.

When hosting private events during the pandemic, the theater has ensured safety by using an antiviral fogging machine. Staff have also been using antiviral cleaning supplies and have disinfected before and after each group comes in.

According to Mr. Fox, there is a big divide between independent theaters and the large theater chains when it comes to connection to the community.

“The big theaters are interested in one thing, and one thing only, and that is making money,” Mr. Fox said. “I have several different ways to make my living, and I don’t rely on the Harper Theater to make my living. For me, it’s more of a charity project.”

The theater has been a center of community for Hyde Park.

“We show movies that are culturally relevant to the community, and we bring people together,” Mr. Fox said. “We give people opportunities to have recreation and not be disturbed. And we give people who can’t afford to go to Chatham or Roosevelt. And we sell cheaper tickets and it enables people to watch them.”

Once more restrictions are lifted, the theater plans to return to 100% occupancy, just in time for studios to release a backlog of movies.

“They’re going to have 15 to 20 major, big-budget movies that have been unreleased,” Mr. Fox said. “So that should be a renaissance for the theater and a fun time for the people of Hyde Park.”