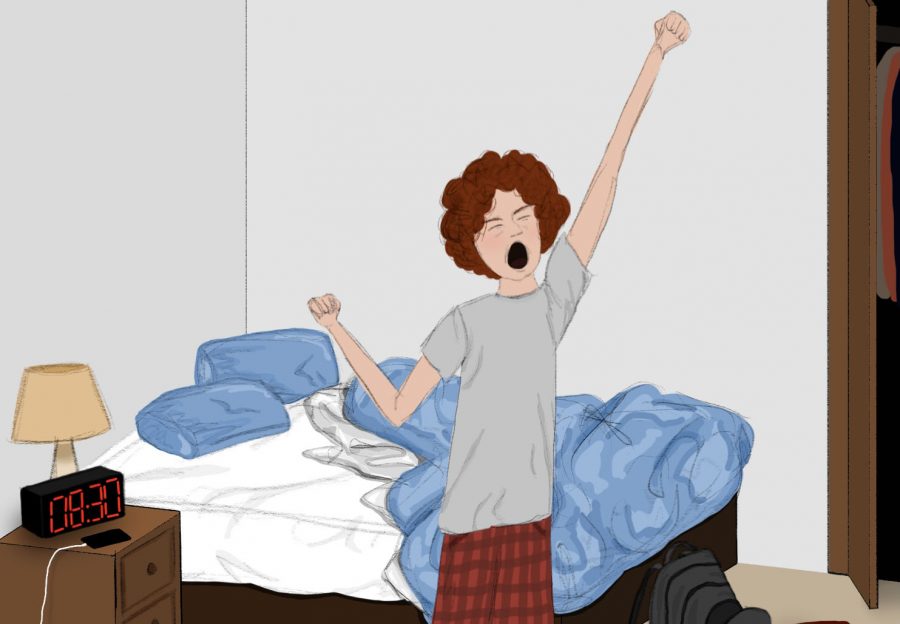 With input from members of the Lab community and Challenge Success, the high school and middle school will begin to consider a later school start time.

In the first weeks of May, the high school and middle school will embark on a process to consider adopting a later school start time, a decision that will require input from all members of the Lab community, according to Assistant Director Carla Ellis.

Dr. Ellis and Interim Director David Magill will be reaching out to parents, students, faculty and administrators to join a team dedicated to exploring the possibility of a later start time. These team members will work with representatives from Challenge Success, an organization that helps schools and families implement policies in school curriculum and schedule.

The initial process of gathering information will continue through the first semester of next school year, according to Dr. Ellis. The plan is for Challenge Success and the advisory teams to recommend the next steps after the first semester.

“For a few years now, there have been members of the Lab community who have asked about a later start time because the research shows that adolescents need more sleep,” Dr. Ellis said. “One way to do that is to have a later starting time and so that’s what prompted this.”

Ninth grader Connor Booth, who lives about 45 minutes away from Lab, said he would appreciate having some extra time to sleep with a later start time. On an in-person school day with a 8 a.m. start time, Connor said he would usually sleep from about 11 p.m. to 6 a.m.

“Daily, I think, the recommended amount is eight hours of sleep, so just contributing that to get an extra hour of sleep to make it closer to eight would definitely — I mean, if the science is accurate — it would definitely help,” Connor said.

However, being on the debate and baseball teams, Connor said pushing the school day back could cause him to get home later than he would like.

“A lot of times, I’m getting home sometime around 7 to 8,” Connor said. “If school is pushed back later I’d probably be getting home later than that, which would definitely affect my ability to do work on a normal day.”