To curb violence, commit to research 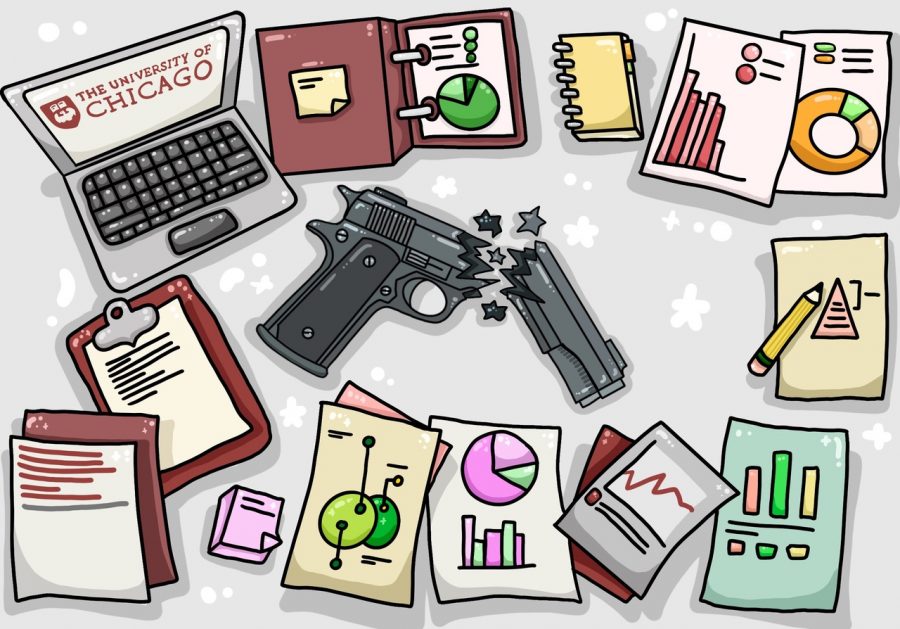 Plans for reducing neighborhood violence must be supported by data and a sound understanding of the dynamics at play, argues the Editorial Board.

As the Midway sees it…
In response to a significant uptick in crime near campus, including the Nov. 9 murder of recent University of Chicago graduate Shaoxiong “Dennis” Zheng in an attempted robbery, both the city government and the University of Chicago have scrambled to implement anti-crime provisions. The university quickly improved security measures to reinforce its bubble, temporarily increasing surveillance and giving students more free Lyft rides to and from Hyde Park. Even with the Chicago Police superintendent planning to add 16 new members to the police force around the neighborhood, over 300 UChicago faculty called for more action.

As the university assesses how to improve campus safety after the death of Mr. Zheng and other violent crimes, the university should leverage its academic resources and use empirical study to determine the best long-term path forward.

General sentiment in the faculty open letter calls for the extension of Hyde Park’s bubble through nonviolent means like more security ambassadors and more numerous bus routes. While this may increase the appearance of security on and immediately around campus, these measures have been increased several times in the past — the tragedies in the last few weeks prove how ineffective they were. Instead of changing policies to something that simply looks better, the university should leverage its robust crime data resources to find a truly effective solution.

While ineffective nonviolent measures are simply a waste of resources, increased police should be considered with even greater respect to data. Adding more police could seem like an intuitive solution, yet data suggests that a single police officer prevents only 0.1 homicides per year, in addition to adding quantifiable burden to the lives of people of color and to the federal deficit. Instead, if the university supports in-school programs like Becoming A Man (BAM), which the university’s own crime lab endorses, youth violent crime could be cut in half and graduation rates increased, bolstering the affluence of traditionally poorer neighborhoods, fighting the problem of crime at the core.

Sociological data has been called into question as a slow or untrustworthy method of deciding anti-crime policies, some arguing in favor of the experience and intuition from the police department. While the police are certainly an asset in fighting crime, surprisingly little police reform has been passed by city legislation, disproportionate to their numerous policing failures and rampant corruption. While the city scrambles to make vast reforms, the scientific practice of peer review has been fine-turned over decades to ensure honesty and reproducibility of any published paper.

The university funds numerous departments dedicated to finding deep and effective insights on the nature of crime but having people on payroll isn’t enough. Instead of making hasty guesses or putting a band-aid on the issue after every tragedy, we need to turn to the scientists and work together to create an anti-crime system which truly benefits everybody.