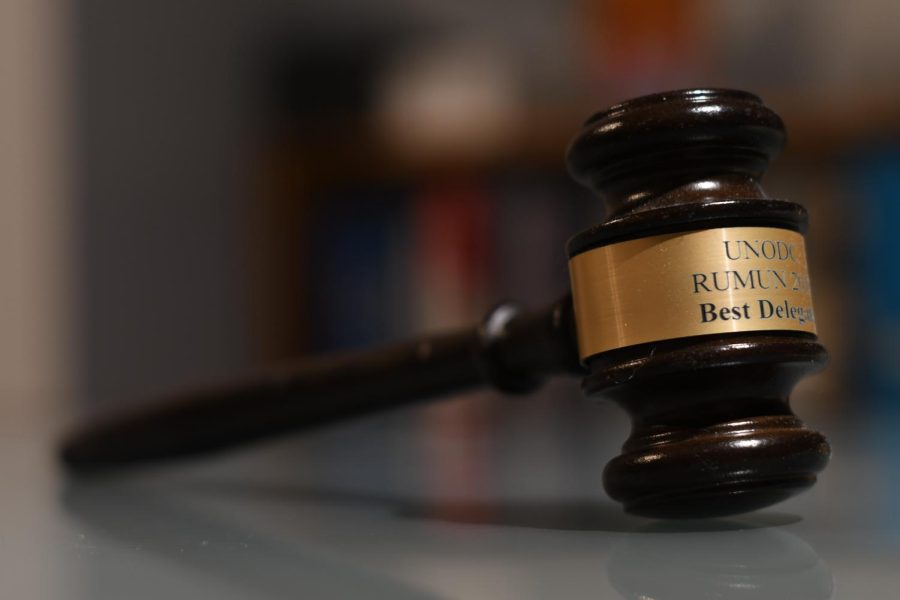 For three weeks leading up to the conference, Amelie Liu and Lauren Tapper coached attending members on speaking, conferencing and caucusing in preparation for the conference. Although this preparation is typical for the Model UN team, CIMUN was the first conference led by the junior members of the team’s board instead of the senior members.

“Amelie and I are definitely basing a lot of how we want to lead the team and the type of mentors and leaders we want to be off of what they’ve shown us the past year,” Lauren said.

As the juniors assume greater leadership in the winter season, Amelie and Lauren have an opportunity to practice for their upcoming senior year. At CIMUN, they had a chance to engage with the members of the team in an advisory role.

Lauren said, “It’s the team that we’ve put in so many years, whom we care so much about, and now it’s in our hands.”

Moving forward in the spring competition season, Amelie and Lauren will continue their practice at the nearing Northwestern Model United Nations conference and in a mock conference for freshmen on Mar. 1.

“Going into senior year, I’m very excited to be able to utilize my experience in my first year leading this team and apply that,” Amelie said.