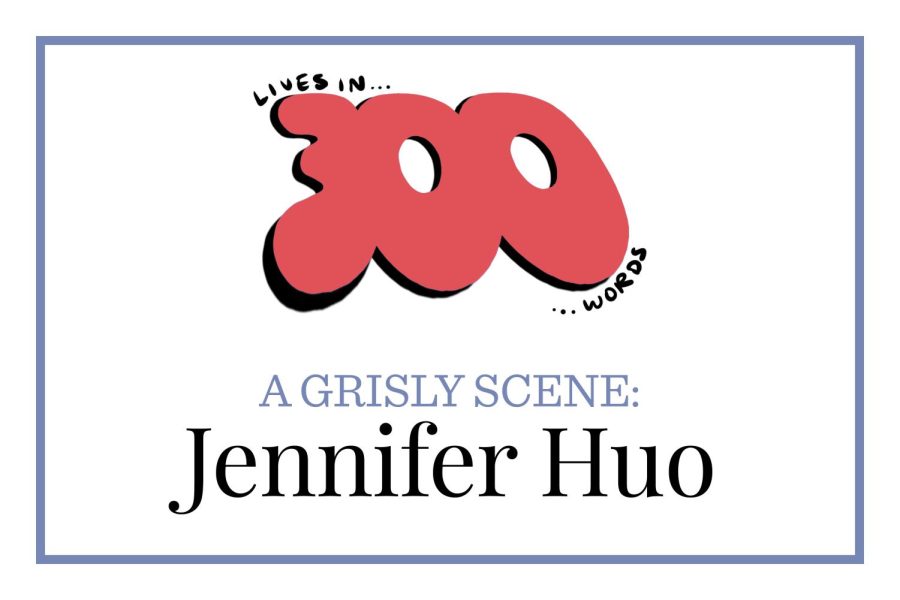 The smell of rancid flesh and rotting blood wafts across the room. A knife scrapes through muscle, fat and connective tissue. A wet squelch slithers from the severed head. Stained tan butcher paper crinkles as the skull thuds against the table.

Three to five days a week, this grisly scene is pulled from a horror movie and plunked into a biology room. The skins of two squirrels, a vole and nine birds of varying sizes are packed with salt and dry on the same desk.

“It’s interesting and fun; I learn from every specimen,” senior Jennifer Huo says, grinning. “I enjoy the process, since it’s calming, going through the actions.”

Twirling her scalpel and tilting her head, she eyes her current project, squinting through the smell. Her hands, covered in splattered blue latex gloves, turn the once-frozen goat’s head from side to side.

While one hand pulls the skin and fat away from the jaw, the other slices deftly at the off-white spiderwebbing holding the goat’s face together. For this project, she wants the skull but not the skin, so she can make harsher cuts.

Gripping the black horns, she shakes the skull. Small chunks of ice crumble from the mouth cavity. She flips the skull so the base faces the ceiling and jabs the scalpel into the brainstem, over and over, softening the tissue until she can scoop it out. The scalpel gives a jarring whisper against the inside of the skull. The mushy pile of brain grows and grows.

After cutting most of the skin from the muscle, she rips it away from the skull.

Next, she’ll let the flesh-eating beetles have their way for a week or so. Then she’ll soak the skull, first in ammonia and then hydrogen peroxide and water.

As the beetles work, though, she’ll start a new project, feed her curiosity with another animal.