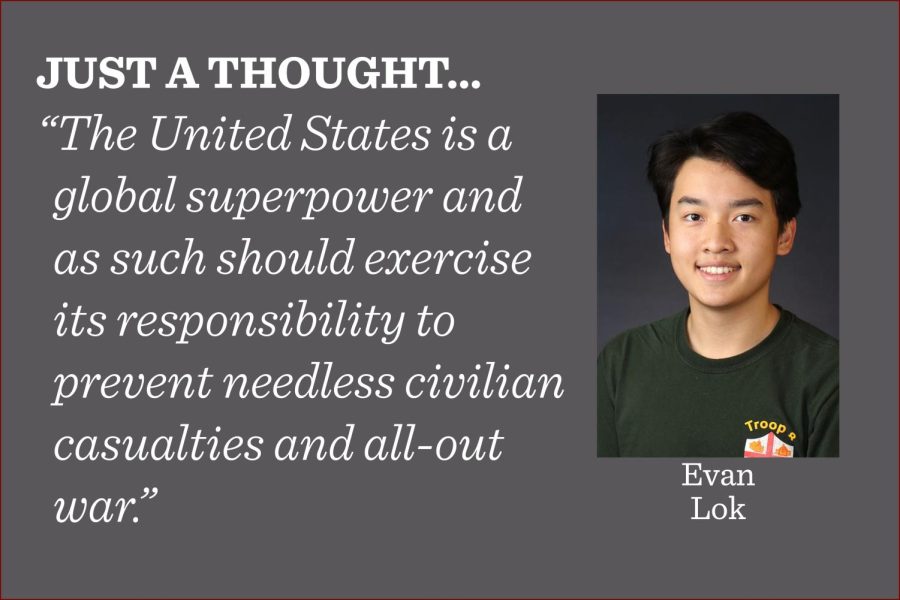 As the war in Ukraine unfolds, the United States has a responsibility to maintain global peace, argues reporter Evan Lok.

In all of its 245-year history, the United States has never not been involved in a conflict in some way, despite the fact that Congress has declared war in only five separate conflicts. Recently, the Russian, Belarussian and Russian-backed separatist invasion of Ukraine has drawn mounting casualties as well as fears about possible all-out war in Europe.

The United States is a global superpower and as such should exercise its responsibility to prevent needless civilian casualties and all-out war by supplying military equipment, financial support and humanitarian aid.

The U.S. government has already made it clear that this situation is about more than just Russia and Ukraine — according to the State Department, the “U.S.-Ukraine relationship serves as a cornerstone for security, democracy and human rights in Ukraine and the broader region.”

Additionally, America should intervene because any Russian invasion could embolden nations like China to invade Taiwan, as well as many others to invade a less powerful neighbor.

It’s about principle — as President Joe Biden stated, “If we do not stand for freedom where it is at risk today, we’ll surely pay a steeper price tomorrow.”

The situation in Ukraine is one that Americans need to monitor closely as it unfolds. President Biden is correct: if we don’t defend freedom in Ukraine, it could have rippling consequences for all posterity.