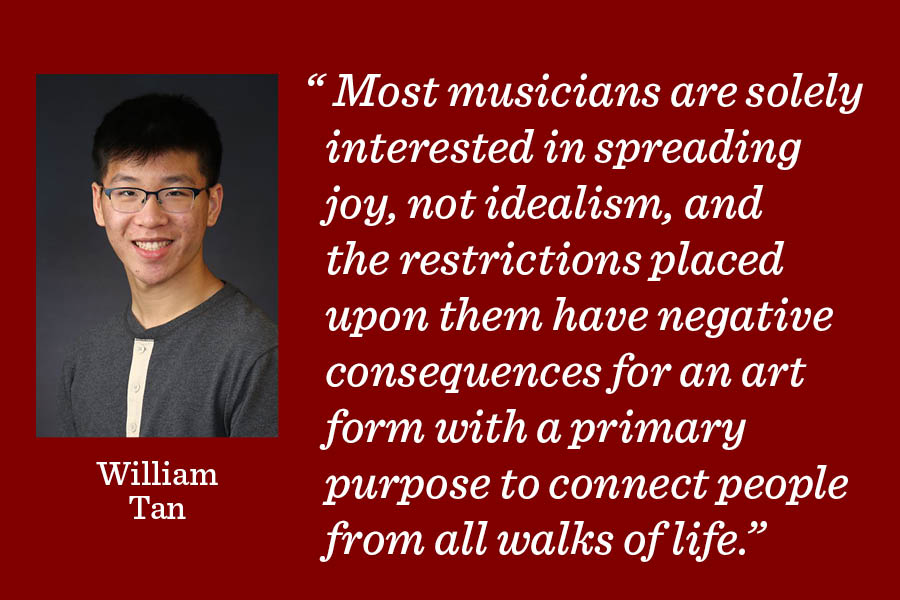 Musicians should not be silenced despite their apparent patriotism, argues assistant editor William Tan.

In a recent tweet, Russian violinist Galiya Zharova expressed disappointment at being barred from the 2022 Sibelius International Violin Competition after months of intense preparation because of her status as a Russian citizen.

“Month[s] ago me and Ravil Islyamov were chosen to participate [in the] Sibelius violin competition,” Zharova wrote. “[The] competition emphasized that competitor’s citizenship has no effect on their decisions. But today we’ve received a mail with the opposite information.”

Russian cellist Anastasia Kobekina faced similar cancellations of performance engagements, even after openly protesting against her country’s actions in Ukraine.

While Ms. Zharova and Ms. Kobekina are individual cases, even competitions such as the International Tchaikovsky Competition in Russia, one of the world’s oldest and most revered music competitions, have been banned from the World Federation of International Music Competitions, thereby adversely affecting all the musicians who compete in them.

With economic and cultural sanctions tightened around Russian citizens in an effort to benefit Ukraine, Russian musicians have had their artistic voices silenced. Yet classical music should not be viewed as inherently politicized propaganda and restricted as such. Most musicians are solely interested in spreading joy, not idealism, and the restrictions placed upon them have negative consequences for an art form with a primary purpose to connect people from all walks of life, not to drive them apart.

While it is understandable that a worldwide sanction against Russia should extend beyond the economic sphere, it seems contradictory to impose regulations on an industry whose goal is to promote the freedom of artistic expression. Art can be used politically, but these Russian artists aren’t playing Soviet anthems or rousing anti-Ukrainian propaganda in performances. Rather, they’re trying to build meaningful professional careers, showcase lesser-known composers and, most of all, bring some vestige of life to those facing adversity in the darkest parts of their lives.

Moreover, musicians like Zharova and the Russian composers being showcased in these events — Tchaikovsky, Shostakovich, Stravinsky and others — demonstrate a profound side of Russian culture that deserves to be heard, especially now more than ever as Russia’s inhumane onslaught in Ukraine continues.

There is artistic benefit and political goodwill to be gained for all sides of the current Russia-Ukraine conflict by allowing Russian musicians to share their abilities through music. Music is a language of unification, and when used correctly, it can bring about real healing.