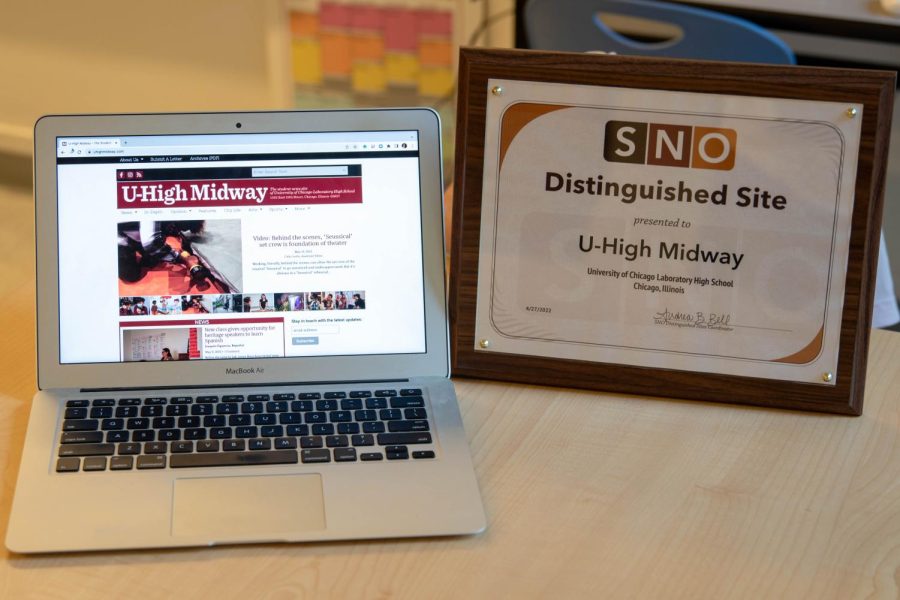 The U-High Midway was recognized by Student Newspapers Online with the Distinguished Sites Award.

The U-High Midway has been named a Distinguished Site by earning badges in six categories of online journalism from School Newspapers Online. The badges include site excellence, story page design, multimedia, continuous coverage, audience engagement and writing excellence.
More than 500 schools have earned at least one badge, but only 43 have been awarded all six badges.
Junior Téa Tamburo, who helped lead the Midway this school year as deputy managing editor, said, “I was relieved when we found out we won. We had all put in so much effort into our writing and reporting.”
The U-High Midway launched its website May 1, 2018.