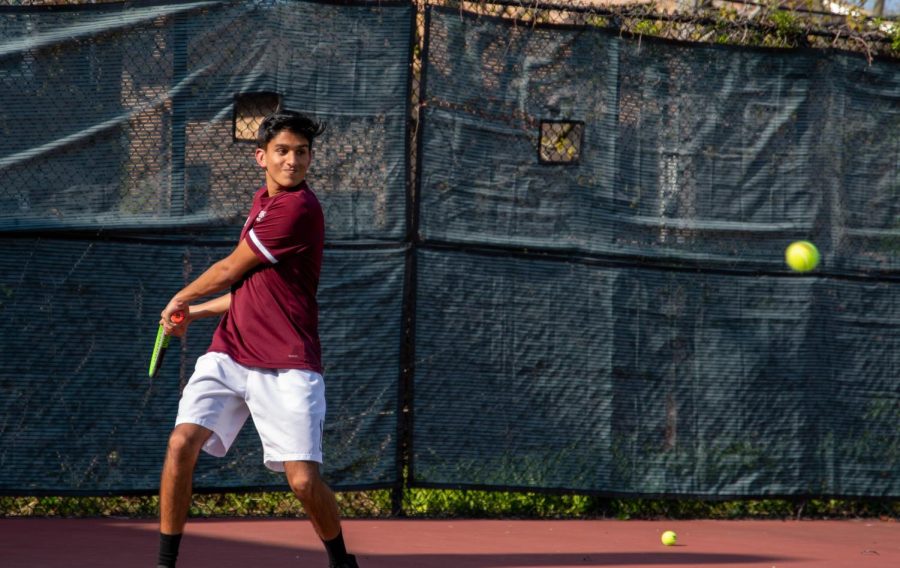 Senior Sid Shah advanced to the quarterfinals during this year's state competition.

The boys tennis team placed fifth overall at the IHSA 1A State Championship May 26-28 at John Hersey High School in Arlington Heights.

Senior Sid Shah and ninth grader Dash Smith progressed to quarterfinals. Combined, the two won 7 of their 11 matches and scored a total of 13 points.

While Dash enjoyed the competition, he wants to improve on his performance in future years.

“I think I can do better, but it was really fun and I would want to do it again,” Dash said. “I would definitely want to do better next year.”

Sid and Dash qualified for state and the team finished second at IHSA 1A Sectionals, which U-High hosted May 20-21 at the H-F Racquet and Fitness Club in Homewood. Dash placed second, and Sid placed fourth.