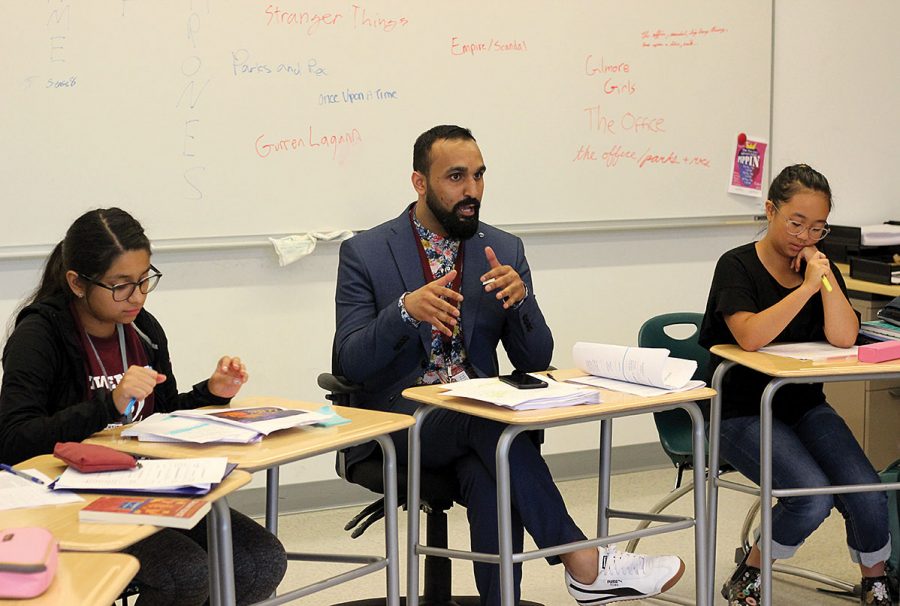 Ms. Williams joins U-High as a fourth college counselor. She has worked in college admissions on both the college and high school sides since 1986, most recently at Maret School, an independent school in Washington, D.C. She also worked at Elgin Academy in suburban Chicago.

Ms. Williams said her new position at Lab offers her the opportunity to work in an environment that values diversity.

“In every position I’ve been in, I’ve typically been the only person of color or the first person of color,” she said. “So it was important for me to be in a place that not simply values equity and inclusion, as well as diversity, but really is trying to do something to be sure that that’s an active part of the culture.”

Ms. Bender joins the history department as a teacher for Early World and AT African American History classes. She taught history most recently at Morogoro International School in Tanzania, and prior to that coordinated English programs across Kenya as a Fulbright Scholar.

Ms. Bender said she hopes to incorporate components from her varied educational background into the classroom.

“I’d really like to incorporate a lot of my experiences living on the continent both in my curriculum, and in a lot of the traditions and things that people do when they interact with one another,” Ms. Bender said. For example, she plans on introducing the Swahili word for welcome, karibu, to start class each day.

In her spare time, Ms. Bender enjoys performing in Carnivale parades and is looking forward to exploring some of Illinois’ natural highlights.

Ms. Doto joins the learning and counseling department as learning coordinator and replacement for Kevin Van Eron, who took a new job over the summer. Prior to working at U-High, Ms. Doto spent 18 years as the Director of Academic Support and a Spanish teacher at Montclair Kimberley Academy in Montclair, New Jersey. She has also worked for Northwestern University and the University of Chicago.

Ms. Doto said that her diverse counseling background is something new she brings to her position.

“I’ve spent the last five years working for (Northwestern’s) Feinberg School of Medicine as a medical coach, so I’ve done a fair amount of work in regard to medical education,” Ms. Doto said.

Ms. Doto’s interest in learning and counseling extends beyond the time she spends at work.

“I love to learn, so I read a lot,” she said. “I’m really interested in executive function and strategies for learning. I geek out on neuroscience.”

Ms. Fox joins the fine arts department as a fall quarter substitute for Veronica Bruce’s art classes and advisory. A Chicago native, Ms. Fox comes to Lab after completing her master’s degree at the School of the Art Institute of Chicago in art education.

Ms. Fox said she’s excited to share her interests with a community of engaged learners at Lab.

“I studied photo history, and I worked in the archives of my school library,” she said. “I think I might be able to integrate some of that into my curriculum.”

When not working, Ms. Fox likes to spend her time cooking, making jewelry and running.

Mr. Stripling said he hopes to introduce a conflict resolution program to U-High.

“I’d like to do a formal, actual program for conflict between students in general. It doesn’t necessarily need to be about bullying, but more if students have a problem with one another, they have a place to see what they can do to fix it,” Mr. Stripling said.

Biking, soccer and martial arts are among Mr. Stripling’s outside hobbies and interests.

Mr. Bhatti is a new teacher in the English Department. He most recently worked at Evanston Township High School and previously at Hinsdale Central High School.

Mr. Bhatti said that he’s looking forward to forming connections with U-High students, who he said seemed particularly engaged with classwork and their communities.

“In all of my positions that I’ve held, what’s been most important to me is supporting all of my students, and really looking at how I’m being inclusive in my classroom with students of color, LGBT students, etc.,” he said.

Additionally, Mr. Bhatti is pursuing a second master’s degree, when not working at Lab. He currently has a bachelor of arts in secondary English education from DePaul University and has a master of Science in instructional design and technology from Concordia University.

Along with new teachers, 5 new administrators will join Lab for the coming school year.

He is excited to work on directing Lab down a path in which students build on knowledge over the course of their time at Lab.

“There will be a set of skills that you develop at each step along the way,” Mr. Hewlett said. “Once you learn how to do spreadsheets, you can do more data analysis, and then we’ll be able to teach you more in-depth programming, until you can do a full-fledged statistical analysis.”

Damon Cates, executive director of alumni relations and development, will be coming back to Lab after a year working at Loyola. Before Loyola, he was Senior Associate Vice President of Alumni Relations and Development and the campaign manager. He has also worked at universities around the U.S., including Stanford and the University of Pennsylvania.

Other new administrators include Carla Ellis, assistant director of the Lab Schools, Noah Rachlin, dean of teaching and learning and Priyanka Rupani, director of diversity, equity and inclusion.