Obama’s memoir shows path of a woman to glory 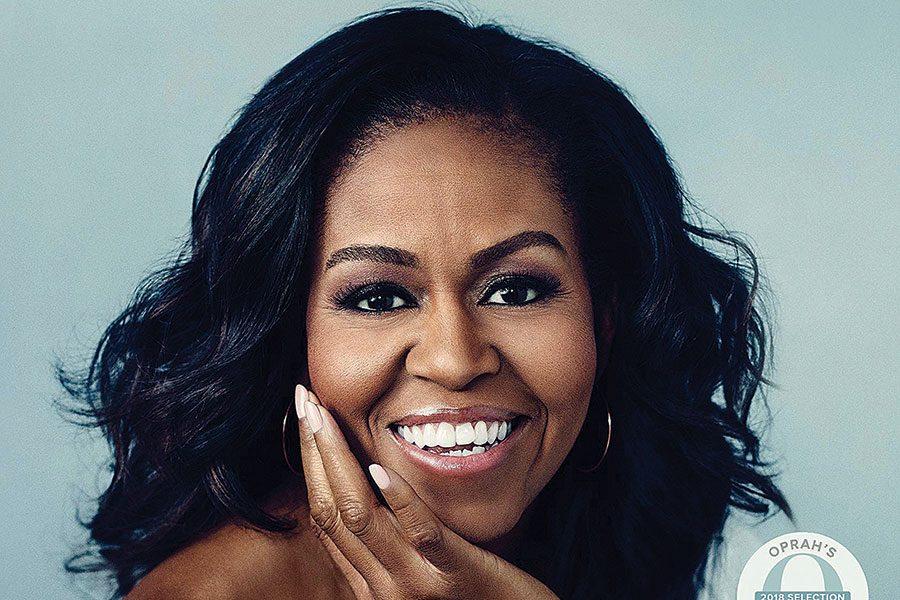 “It’s all a process, steps along a path. Becoming requires patience and rigor. Becoming is never giving up on the idea that there’s more growing up to be done.”

The memoir “Becoming” by Chicago native Michelle Obama is just that: a story of growth and of evolution in understanding the world, herself and America. From the moment she entered this world, Obama was a strong-headed and determined young woman.

“I spent much of my childhood listening to the sound of striving,” she writes in reference to her great aunt’s piano students who played in the apartment below her own.

The book takes off, fast-paced, as Mrs. Obama describes her own striving, from piano lessons at four years old to chasing academic rigor at Whitney Young High School and Princeton University to using her former position as the nation’s first lady to improve childrens’ health with the Let’s Move! campaign.

There’s a beauty in how much emotion Obama evokes. When describing her furiously adorable back-talk to her grandfather as a child who wanted her opinions known, she dazzles you with her innate strength. When discussing her father’s stoic attitude to his multiple sclerosis, she makes your hearts throb. When deliberating over her scandalized hug of Queen Elizabeth at Buckingham Palace in 2009 and the hug she received in return, she brings you a touch of humanity.

The book’s tone never feels stiff or academic. It’s warm and casual, like talking to an intelligent old friend. There’s nothing like hearing a person’s story in their own words, wrapped up in what they learned and how they felt, especially when it’s someone who has actively experienced so much. If you were to curl up with a cup of coffee and absorb her words, you’d feel as though you were having a conversation with a woman who has lived a million lives in one. That of a black child discovering racism and intolerance. That of a insecure teenager, wanting simply to feel “good enough.” That of a law student, a working mother, a first lady, an activist, a woman who works to put a smile on every face she meets.

She writes, “There’s power in allowing yourself to be known and heard, in owning your unique story, in using your authentic voice. And there’s grace in being willing to know and hear others.” If anything, Michelle Obama teaches her readers this.

Nostalgia for the Obama family and their seamless blend of powerful intelligence and goofy enjoyment of life, but Michelle Obama’s memoir reads incredibly powerfully. Her story is delightful and heartbreaking, inspiring and wise. It’s a story so personal to her, yet reflective of a simple and definite facet of each of our lives: growth — what we go through to become the people we are today. She tells of lessons that many of us have learned or will learn but haven’t consciously processed, and she poignantly points that out to her readers.