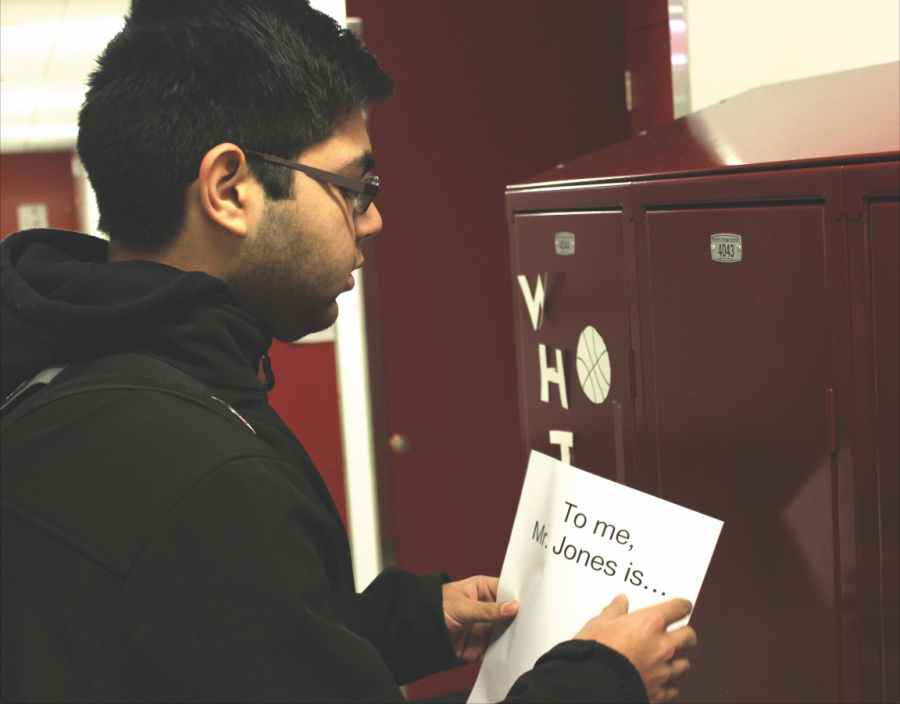 Winter quarter began shakily when a long-standing teacher’s employment was terminated, prompting confusion and outrage from students, faculty and parents — and action from the Faculty Association.

On the morning of Jan. 8, Daniel Bobo-Jones left his position as a U-High biology teacher, according to an email sent to the families of students in his classes. The abrupt nature of his departure sparked questions and concern among students, faculty and staff, who had little information available about the reasons for Mr. Bobo-Jones’ absence.

The Midway obtained a statement the faculty released Jan. 22 to U-High employees regarding Mr. Bobo-Jones’ recent termination. The statement claims that the administration “mischaracterized” Mr. Bobo-Jones’ actions as violating federal privacy laws and falsifying a grade report. It said, “few teachers have not adjusted a grade, or suggested to a student that she or he remind a friend to hand in an assignment. If Principal Weber’s criteria were applied widely, few of us would be safe.”

David Derbes, a physics teacher, added in an interview, “This is the first step, and it will not be the last step.”

Before his termination, Mr. Bobo-Jones taught just one day of his winter quarter classes, which were then substituted by administrators for approximately three days. During this time, students learned little new material, and spent the week catching up, especially in Mr. Bobo-Jones’s introductory biology class.

Science department chair Daniel Calleri said on Jan. 11 that the science department hired as a substitute Dr. Marites Baris, who has a Ph.D. from the University of Chicago in geophysics and is experienced in biology and paleontology. Dr. Calleri said he hopes that Dr. Baris will substitute all of Mr. Jones’ biology classes and electives for the rest of the year.

Tension between parents and U-High administration ran high during a Principal’s Chat for parents Jan. 22 in the Gordon Parks Assembly Hall. More than 100 parents showed up — triple the typical number, according to a parent who did not give her name.

About two-thirds of the attendees raised their hands when Director Charlie Abelmann, who co-facilitated the meeting with Principal Stephanie Weber, asked who came to discuss the events surrounding science teacher Daniel Bobo-Jones.

Risa Cohen, a student in Mr. Bobo-Jones’s biomedical ethics elective that began Jan. 7, said she and her peers are adjusting to the substitute and class structure.

“She’s been really nice,” Risa said. “We get readings and discuss them in class, though we still don’t have a textbook. It’s gone from a really fun class to just another average period, for me at least.”

Malcolm Taylor, a freshman in Mr. Bobo-Jones’s class and also a member of Spectrum, was particularly hurt when he left. Malcolm only knew the teacher for a few months, but he already trusted and saw him as an adult he could go to for help.

“Mr. Jones was my favorite science teacher. He made learning fun and had me engage in a way that has been unique all of fall quarter,” Malcolm said. “When he left, I cried. Biology went from being the best class of the day to the worst overnight. I didn’t go to Spectrum for fear of not being able to control my emotions.”

After posting signs of solidarity on their lockers the day after Mr. Bobo-Jones left U-High, students have vocalized more protests against his termination. Some have hung posters with slogans like “#BringBackBoboJones,” and

“Settle the Grievance,” as well as circulating memes on social media to draw attention to their concern.

Charlie Kistenbroker, a junior, also printed posters with more general criticism about Lab’s administration in a time of loss. Her signs, which Charlie said were directed toward Dr. Abelmann and Ms. Weber, displayed messages mocking the format and language of the Laboratory Schools mission statement.

Charlie said she believes that the administrations should spend more time listening to student voices.