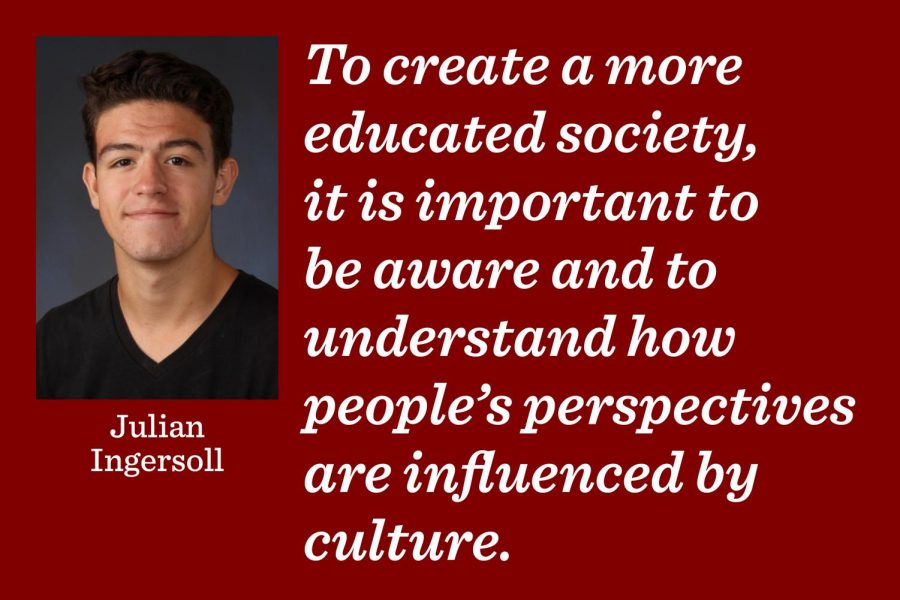 About a week into my history class, I stand up in my AT African-American History class to present my social identifiers and what they mean to me. I explain how being the son of a Mexican woman and a European-American man impacts me. As I sit down, I start to think about the need to talk about my race in school, where I am not represented and where students are not educated about my culture.

There should be at least one Latinx-oriented history class available in the high school curriculum.

Some people might say Latinx culture isn’t relevant to them because it doesn’t affect them. But, if you live in Chicago, you are affected by the large Latinx presence. According to the World Population Review, 31.7 percent of Chicago’s population is Latinx, making Latinx culture an important part of the city’s history and an important topic for students to learn about. Yet Latinx people make up just four percent of U-High’s population, and Latin American culture is overlooked at the school. To create a more educated society, it is important to be aware of and understand how people’s perspectives are influenced by culture.

Of even greater importance, when students feel well-represented in a curriculum, they are more invested in the class because of its relevance to their lives. Without representation in the U-High curriculum, the signal sent to Latinx students is that their culture isn’t as important as the ones presented to them in class. This leaves students in an environment that perpetuates stereotypes as a result of being uneducated, such as thinking that Latinx families at home are in fear of being deported or making thousands of tamales for their increasingly many family members.

To prevent misconceptions and false images of Latinx people, students need to be educated on the culture of South and Central America and how it affects the United States and Chicago, which would give Latinx students full representation and inspire them to learn the significance of their culture in America. This will also prevent the continuation of stereotypes regarding Latinx people, as people of other cultures will get the chance to be properly educated.

Whether or not people like it, Latinx culture will find a way to affect you and your family and friends. So to become familiar with the culture, education is the best way to do this.

In conclusion, the history department can make a big cultural difference by allowing students to be more inclined to reading and learning about their culture, or a culture they haven’t heard about.