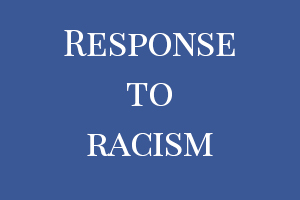 As the Midway sees it…
On Friday, Dec. 13, mere days before the beginning of winter break, a student posted a racist meme on Snapchat, prompting responses from the Laboratory Schools community. The student was sent home. Teachers brought up the issue in classes and advisories. Student Council held a lunchtime discussion Dec. 17. Across the schools, people expressed frustration at the frequency of incidents like this and at the associated punishment.

If we are to grow as a community and prevent future incidents, we can’t just cancel or cast aside the people who engage in this behavior. As a community, we need to find new ways to communicate the seriousness of racist and otherwise bigoted actions, which can’t be dismissed as thin-skinned overreactions, and we need to more strongly integrate our individual communities so members of disadvantaged groups are not otherized in the minds of their peers.

The internet has changed humor across the world, creating an atmosphere in online communities that encourages competition for who can be the most random or edgiest in their humor.

That atmosphere trickles into U-High friend groups, where jokes about social justice warriors escalate through continuous games of one-upmanship to jokes that minimize or even attack marginalized groups. The people that share these jokes feel they are harmless, in part because of an attitude inherited from the constant cynicism of the internet and in part because U-High friend groups can be segregated in various ways for various reasons.

The jokes are allowed to escalate because internet culture validates them as funny and because groups that make them have been able to subtly otherize the targeted group since they do not regularly interact with people in those groups.

Interacting regularly and meaningfully with people in a group makes it much more difficult to otherize or make demeaning jokes about that group. Suddenly there’s a real person there that you know, and that might cause you to think twice.

If we all strive to make friends outside our comfort zones, we can build tolerance and sensitivity upon the strong foundation of those real friendships. The more people’s stories we learn and become part of, the less likely we are to make assumptions or insensitive jokes about their identities. Then, when we go out into the wider world, we can take that culture of friendship and understanding with us and spread it to others.