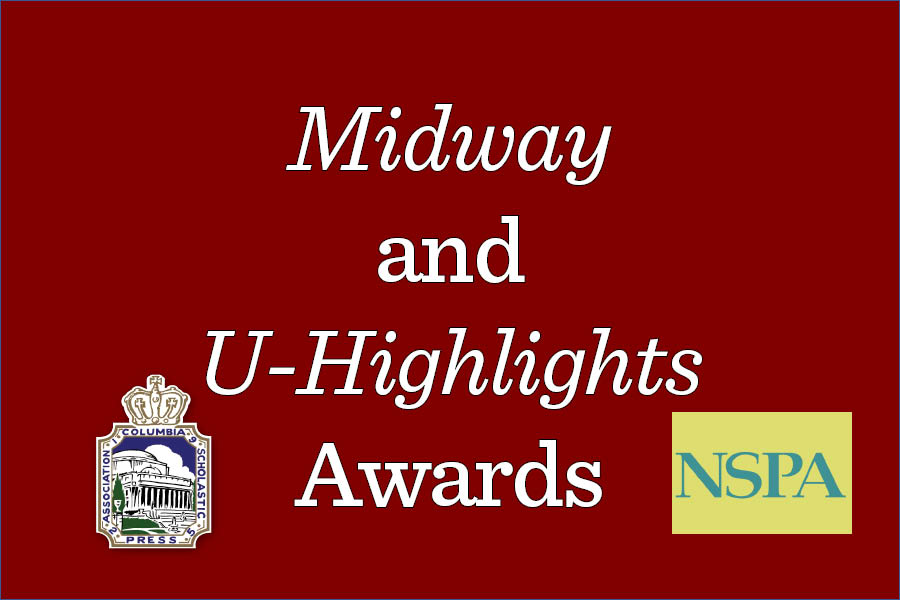 Staffers from the U-High Midway and U-Highlights received several national awards in the past month.

The U-High Midway website received a top national award and four “best of show” awards from the National Student Press Association. Results were announced by video April 17 because the national convention was canceled.

The Midway website was one of 16 national winners of the Online Pacemaker. The Midway had previously been named a finalist.

The Best of Show awards were opened to any participating school in the nation, not just those attending the convention. The Midway received: 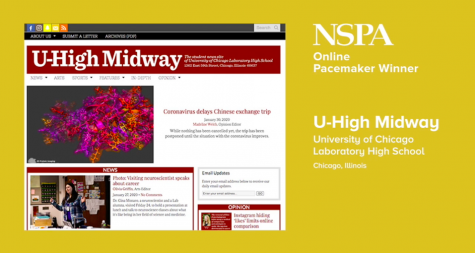 Assistant Managing Editor Leland Culver, who manages the Midway’s website, said that winning the Pacemaker award was a good reflection of the progress the Midway has made.

“I’ve worked really hard with Mr. Aimone, Amanda and the editors-in-chief to make the website more consistent, better presented and easier to navigate, and it’s really satisfying to see that work reflected in our award,” Leland, a senior, said.

Mira Costello, first-person experience, third place, “It’s OK Not to Know How to Help with an Eating Disorder”

Risa Cohen, art/illustration: hand-drawn, first place for “Sled the City,” and second place for “Too Hot to Handle”