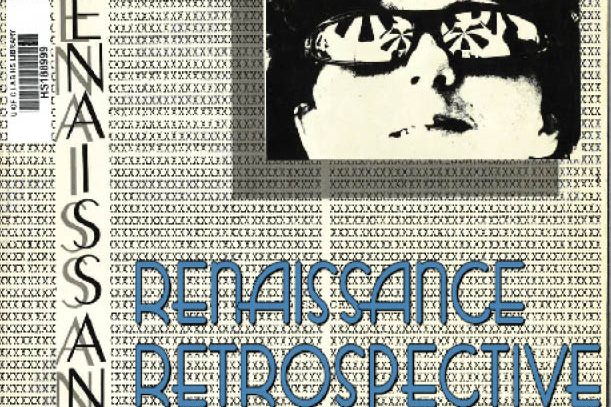 The cover of the Renaissance Board's new retrospective work on the 1980s.

View the retrospective work below.

In 1980 U-High students Calvin Chou, Rishona Zimring, Elizabeth Fama and several others armed with scissors, glue and white-out put together what would become the first issue of the Renaissance arts and literary magazine.

Forty years later, the current Renaissance board members have gone back in time, reexamining the student art and writing that was published in the magazine’s first decade, and put together a retrospective. Because of the school closure, the retrospective is presented here digitally.

Rishona Zimring, now a member of the English Department at Lewis & Clark College and part of the Literary Editorial Staff of the premiere 1980 issue, wrote in a correspondence with the composers of the retrospective project, “Calvin and I were then, and remain, interested in writing. I was, at the time, inspired by the Renaissance as an era, both in England and Italy. Did I impose that on the founding of the magazine?!”

With the support of several English teachers, including “our much admired English teacher Darlene McCampbell,” according to Zimring, the small group of students began collecting student artwork and writing, particularly poetry.

“My memory also is that we had a grant or some kind of external funding for the first edition, which if you have a copy of it, is immense. The second edition, to which I devoted my May Project, did not have the benefit of external funding and was much slimmer,” wrote Calvin Chou, who along with Elizabeth Fama made up the Publication Coordination and Art Editorial Staff.

“We put together the magazine back in the day before really any kind of working computer, and definitely before the first Mac, so we put it together by hand, with press-on letters for each page, hand-typed copy, and layout all done by hand,” he wrote.

The retrospective includes a selection of an art and writing piece from each of the Renaissance issues between 1980 and 1989. The current editorial board made the selections .

“This was a project that the seniors in 2016 came up with, we wanted to put it together, I think, largely due to our interest in Renaissance’s history as a club and also just to appreciate the work of Lab from all decades and generations,” said junior Elizabeth Lin, current editor-in-chief of Renaissance.

After gaining access to the decades old magazines, editors chose pieces that captured the essence of that particular issue, and in turn, that year.

“What stuck out to a lot of [us editors] was both the similarities between the ’80s and now, but also the differences,” Elizabeth said. “The work kind of transcends time.”

These differences are outlined in a foreword written by the board.

This year’s Renaissance publication has been postponed and is slated for release next fall.

Provided by the Renaissance board.