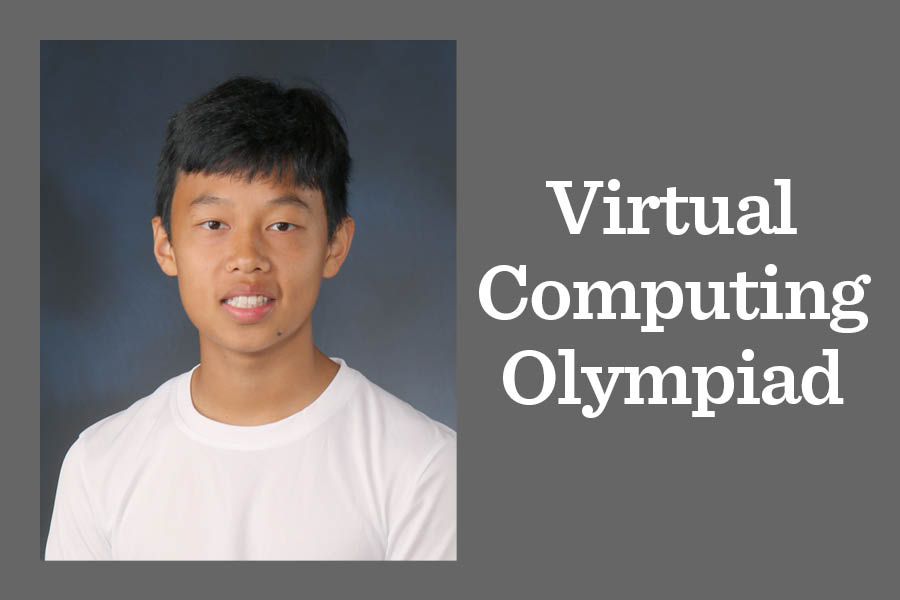 Frederick Tang's embraces the computer science field and finds competitiveness and recreation within it.

Quietly clicking away on his computer keys in the IDE coding computer program, Freddie Tang quickly types in a coding problem that he thought of. To Freddie though, computer science is much more than a half-credit course provided by the school. He embraces the computer science field and finds competitiveness and recreation within it.

This spring, Freddie, a junior, qualified for and participated in the Virtual USA Computing Olympiad platinum division camp, one of the most prestigious computer science invitations a student can receive in coding in the country. There he competed for one of the top four spots to represent the United States at the International Olympiad of Informatics.

The camp was supposed to be held in person at Clemson University in South Carolina, but due to social distancing regulations, it was held May 23-30 by videoconference. Even though he did not make it into the international competition, his determination and love for coding has not deteriorated.

“I was obviously very excited because my one goal in high school was to get in this camp so it was like a dream come true,” Freddie said.

Freddie has loved problem solving for most of his life, which he says is the reason he is heavily involved in the math team. It was at a sixth grade math competition where Freddie first heard about Python, the computer programming language. From then on, he developed a passion for coding.

“In the summer of 8th grade, someone told me about competitive programming, and it was very similar to problem solving and to math but with computers,” Freddie said, “and there are some problems in math that are very hard, and to think that computers can do millions of those per second — I was amazed.”

Since then, he always has his IDE coding environment open on his computer so he can write out a problem in case one pops in his head.

“An IDE is an environment for coding. You could technically code on a blank text file, but everyone makes mistakes,” Freddie said. “This makes it easier by spotting potential mistakes for you.”

He starts off with a black text file, and begins to type up code off the top of his head. Freddie said he may want to pursue this in later years as a software engineer.

Freddie also said since the computer science community is very small. He communicates with others who are very well trained in computer science over Discord servers because he has no one in the Lab community who is skilled enough to help him. He is also the president of the club Code at Lab and is trying to make the coding community larger at Lab.

“Freddie has always been very committed to his work and always dedicated time to achieving his goal,” former Code at Lab member Ben Cifu said. “He is always there to explain a problem to you and help you find a solution, even if he has to explain it a couple of times.”