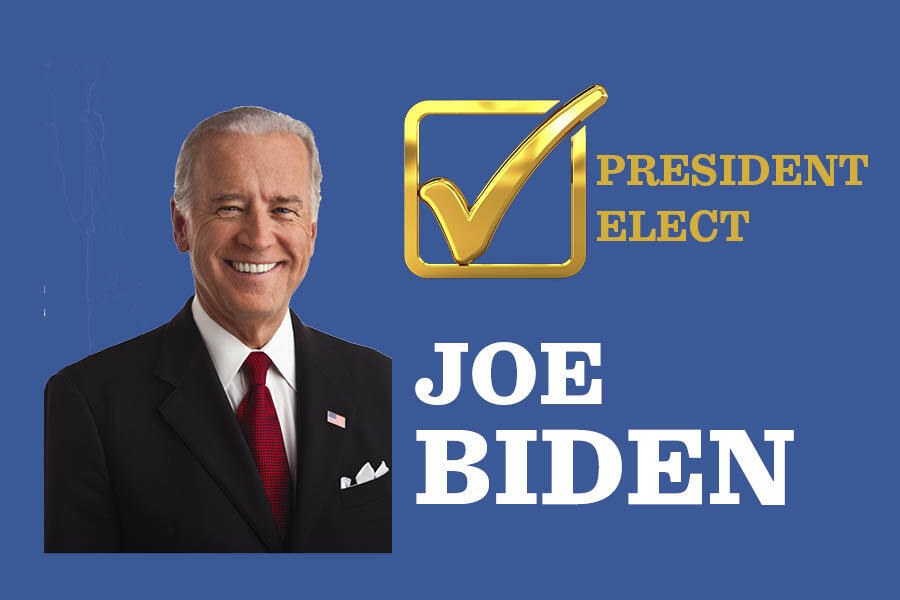 After Joe Biden and Kamala Harris were elected President and Vice President Nov. 7, the Midway spoke to members of the U-High community about their reactions.

“For a good amount of time, I thought that Trump might actually win this election,” Emma said. “A lot of not only my rights but the rights of people I know, people I don’t know, were at stake in this election. I was really scared of the outcome and what would happen and I feel like I can finally breathe now.”

“I would say I’m relieved. It’s just the sense that this weight’s been lifted off my shoulders. Trump had kind of degraded the office of the presidency, and also the way that America was viewed by the rest of the world,” Areen said. “Now that he’s gone, we can start moving forward with other important things, like dealing with climate change.”

“I woke up late this morning and like three of my friends had texted me. And so I was just so excited, and then I screamed. I was like, ‘Oh my god! Biden won!’ And then my dad yelled back. He was like ‘Yeah!’ It was very exciting,” Talia said. “I had suspected that he would win, but I think it was just so spontaneous, I guess, so it was even more exciting.”

“It wasn’t really like too much of a shocker,” Kavan said. “I just felt like this moment was surreal, that so many people had gathered together and worked together to affect change in the world, and it’s a victory.”

“It’s kind of funny because I was just taking a shower and I just got out and I was walking into the kitchen, my mom was making food, and then my sister just comes out and says ‘Guys, we won, we got Pennsylvania,’” Giselle said. “We were expecting it much later, right, because Nevada was taking a while. But we finally got it.”

” I expected Biden to win because that’s what a lot of the polls said,” Aaron said. “I was just surprised that it was this close. Most of the evidence said it was going to be a landslide, and when Trump started making it a little bit close, especially when he was winning Georgia and Pennsylvania I got a little bit nervous. But Joe winning wasn’t unexpected.”

“I was in a college meeting. I got the notification on my phone and looked it up, wild,” Destiny said. “I figured he was going to win but actually seeing it was so exciting.”

“I was asleep, then I saw in a group chat that Biden won when I woke up. I was pretty happy because it was a huge step in the right direction,” Sean said. “Also because it meant that I won a bet with a friend. In one word, I’d say I’m relieved.”

“It is funny because I keep thinking about four years ago when it felt like I was at a funeral the day after the election, I was in stunned grief and sadness,” said Ms. Anderson. “I am elated and really proud that three Black women had a lot of influence in this election.”

“I am in my basement sewing these enormous curtains with a huge amount of fabric, I’ve got my Cubano music playing in the background, my phone is on but apparently the ringer is soft, so the basement is this flurry of activity,” said Mr. Jones. “I hear my husband screaming, ‘Daniel, why aren’t you answering your phone’ so I run upstairs thinking that the dog got out but he goes ‘Biden just won I’ve been calling you all this time’.”

“I was writing mid-term comments and there was a collective shout across Hyde Park, I had my windows open because it is so beautifully warm, and all of a sudden I heard this pot banging and screaming,” Ms. Pralle said. “Then I checked Huffington Post and sure enough it was pretty exciting to see that the AP had called it for Biden.”