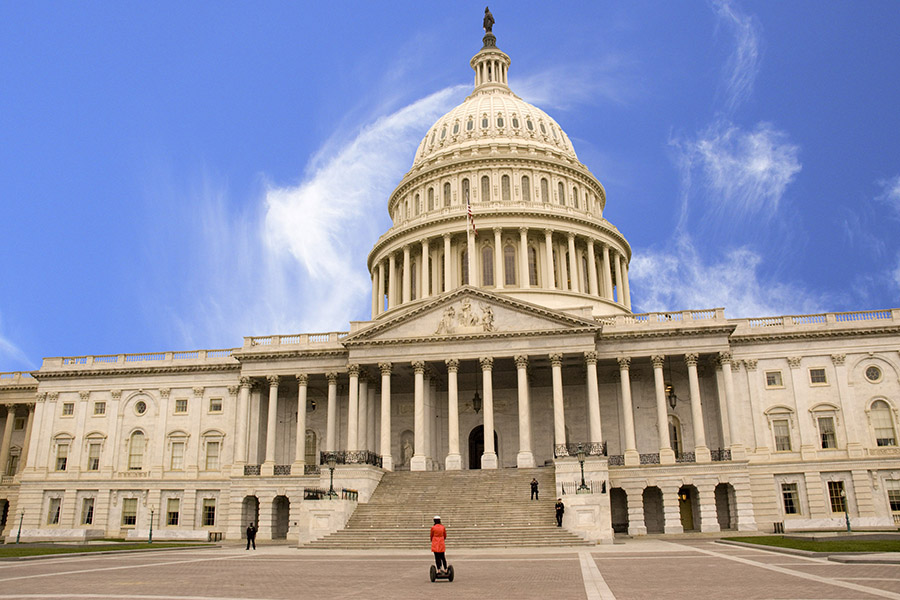 Classes Jan. 7 are optional for students with parental consent, and teachers may opt to cancel classes following the violence Jan. 6 in the U.S. Capitol in Washington, D.C.

Teachers have been asked not to teach new material Jan. 7, according to an email from Principal Paul Beekmeyer, which was also posted on Schoology. Students and faculty are excused from schoolwork for the evening of Jan. 6 and several optional open forums will be held Thursday to further support students and faculty as they process the events.

The U-High community is invited to an optional forum from 10:25-10:50 Jan. 7. Student Council will host a student-led, student-only discussion at noon, which may run past 1 p.m.

Protests surrounding the Capitol began Jan. 6 when supporters of President Donald Trump gathered while Congress certified the election results. Capitol police soon became outnumbered by the protesters, who ultimately broke onto the steps of the Capitol building and into the chambers of Congress. Guns were fired inside the Capitol, and a woman was shot and later died.

Around 3 p.m., Principal Paul Beekmeyer sent a Schoology message acknowledging the potential stress students were feeling in response to the violence.

“As we process the events taking place currently in the Capitol, we know that tonight you will be processing the events that are unfolding,” Mr. Beekmeyer wrote.

According to Greta List, senior, the protests exemplified the state of the country in painful detail.

“Most concerning is that this is the country that we live in, like, I mean, I knew our country was messed up — the country was having a bit of trouble,” Greta said, “but this is just like, unbelievable to a new level. Like, these are people who have voting rights in our country. These are people who we come into contact with daily, like, it’s just embarrassing to be American right now.”

Sophomore Lauren Tapper was alarmed and described the events as a terrifying moment in history and expressed her appreciation for the administration’s decision to give students time to process the events.

“It’s embarrassing for the United States, but it’s also scary to see that this is our future and the world we’re living in,” Lauren said. “So letting students really take that in and understand what’s going on is a really good call.”

According to Lauren, the social media response to the events in the Capitol has been significant.

“I’ve seen a lot of people speaking out, sharing informational posts, reaching out to friends, and giving them updates, which is really inspiring to see since people are keeping up with the news and realizing that this is a part of American history, and are trying to update themselves and their friends,” Lauren said.

In the opinion of All-School President Omar Siddiqui, the police response today was far less violent compared to the response to the Black Lives Matter protests during the summer of 2020.

“If this was a brown person or a Muslim person or a Black person, if the BLM protests went like this, then the response from officials would be very different, most likely there would be shootings, police shootings, people would be dead,” Omar, who identifies as Muslim, said. “And it’s just another example of privilege, And also, like, how dangerous, like, kind of insecure or unsecure our democracy is. This is really the craziest thing that I’ve seen. Maybe ever. And as far as politics goes, in the United States.”