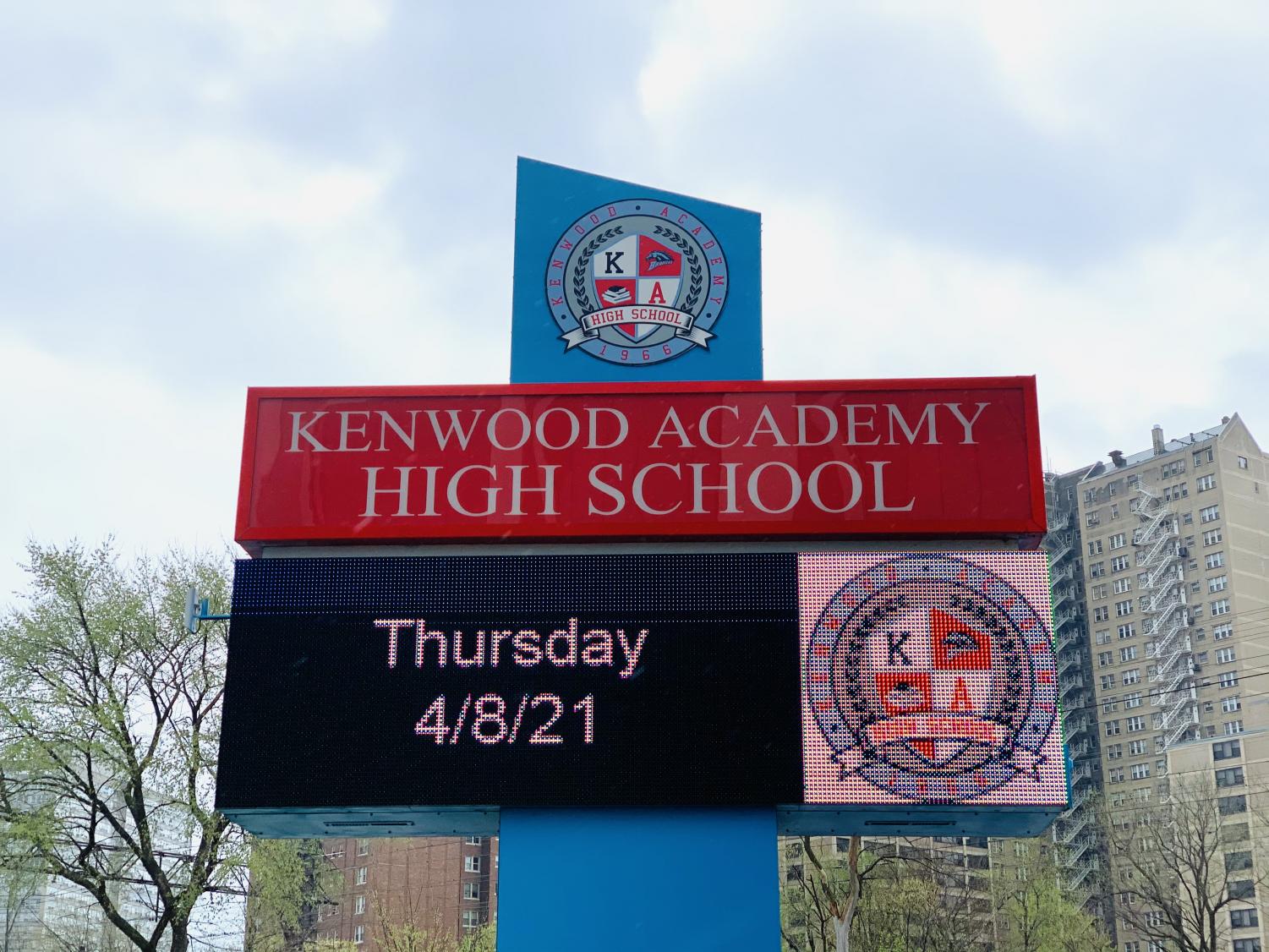 Kenwood Academy sign stands on the east side of campus, facing the school entrance.

Kenwood Academy sign stands on the east side of campus, facing the school entrance.

In March 2020, teachers, families and administrators all over the country were abruptly forced to figure out how to facilitate learning from home. The quality of learning for many students took the hardest hit during the beginning of distance learning, particularly those at public schools like Kenwood Academy High School, a public school a short distance from the Laboratory Schools campus. While only a few blocks away, Kenwood Academy’s students had a very different transition to distance learning than students at U-High.

Ever since the students of Kenwood Academy students began distance learning, they have faced challenges shared by students throughout the city’s public schools — limited resources having sometimes exacerbated these challenges. Chicago Public Schools has set a tentative reopening date, April 19, and in March sent out an intent form for families to opt-in the hybrid learning.

Despite what may seem like the light at the end of the tunnel, many students remain apprehensive about returning, citing concerns over unclear plans and anticipating challenges to social distancing.

Because of his lighter classload, Maurice said he was relieved to have more time to do work for his other classes and glad to have more free time.

Kenwood Academy senior Sam Libenson said that some of his classes stopped having synchronous teaching, and instead assigned exclusively asynchronous work.

There were many possible reasons for the quality of classes decreasing, including but not limited to issues with accessing Wi-Fi and technology, the standards being lowered to guarantee an equal education for all students and other obstacles the pandemic brought.

Some other classes would meet synchronously through Google Meet, but only to register attendance. This meant that students would join calls for their attendance without any actual instruction.

Kenwood Academy senior Angelina Divine said that in her film studies class, where she and classmates were nearing the end of their final project, students only showed up for their attendance because no one was able to go outside to film, halting class instruction.

“I mean it sounds so wrong… Click this Google Meet link, get your attendance and leave. That was it,” Angelina said. “Sometimes we would just stop coming in and so you came to class, like five people who maybe get their attendance. It was like, does this even matter?”

Like Maurice, Sam was relieved that his schoolwork lightened. His only concern was whether he was prepared for AP testing but said he found online resources from the College Board to study for the subject tests on his own.

Angelina said she felt unprepared coming in for AP testing.

“It was very hard being a student who kind of excels to go into this exam with no real training, no real idea of how to carry any information from the month I spent inside into the exam was just a lot,” Angelina said.

While some classes decreased their course loads drastically, some teachers tried to uphold the level of learning from a normal year. According to Angelina, it was difficult to balance processing the pandemic and the workload that these teachers assigned.

“Some teachers were overly motivated,” Angelina said, “and I’m still processing a pandemic and you want me to just jump right back into school, which was hard.”

On top of this, when Kenwood Academy students first began distance learning with Google Meet, they utilized the same standard schedule they had during in-person classes. Because of this, many students found school days hard to manage because of their tight schedules.

“Everyone was super unprepared for what was happening so there was no time for the school system and then Kenwood to create a solid schedule,” Sam said.

In September 2019, prior to the pandemic, the Chicago Teachers Union also had also been on strike for 11 days, making it even more difficult for teachers to have prepared for the switch.

“I think just the energy of the school year, with the strike and the pandemic we were all, we just gave up. And it’s sad to say like you gave up on learning for that year,” Angelina said.

The grading system was modified by Chicago Public Schools so that students could not receive grades lower than the ones from their third quarter before the start of distance learning.

The new block schedule has been helpful to students in dealing with long days on their computers.

“It was actually very helpful because at first you feel overwhelmed by the amount of work and all that other stuff. So with the different days it gives you different brief periods to recuperate from things to get off the computer, you know, and to actually chill out, or like make time to do work,” Kenwood Academy junior Billy Torain said.

Sam said that the extracurriculars he’s a part of, Best Buddies, debate team and the National Honor Society, have resumed meeting online.

Billy said that his club, Anime and Video Games, started meeting again this year after not meeting last year.

“I gathered everything together and figured out how to like organize everything and get everything established and done. And so we really started meeting when junior year started,” Billy said.

Billy is also on the wrestling team at Kenwood Academy, which recently resumed practices.

Despite all the efforts to support students during distance learning, it has inevitably taken its toll on students, making it hard for them to find the motivation to accomplish schoolwork.

“A lot of my friends — and then I would include myself in this group — are finding it a lot harder to be motivated, to pay attention and then do work after having sat in the same chair all day in front of the computer,” Sam said.

Billy said he feels being home has also affected his learning, making him feel less driven.

“Academically it has been way harder. Usually, as a student, I can get A’s and B’s and do my own thing and everything, but for me, as it now is, it’s not just because it’s e-learning but it’s just because I’m always home,” Billy said. “To me, home is a place where I relax and everything, and settle down. So constantly being at home, it’s like subconsciously I’m always relaxed or like trying to chill and not wanting to do anything.”

Another challenge students have faced is limited opportunities for social interaction with friends.

“Everybody would rather be in person right now… It’s tough here and it’s tough not seeing people,” Sam said.

Distance learning has brought challenges, but neither Sam, Billy nor Angelina anticipate opting in to hybrid learning, which is supposed to resume in CPS’s fourth quarter.

“Personally, I think it’s so unethical. Like, there’s just so many things that aren’t being discussed in terms of COVID safety. Just my class alone is 368 people. How would that work?” Angelina said.

The challenge isn’t just with accommodating safety measures for the immense number of students but also doing so with the already limited resources.

“Kenwood already has a lot of strained resources, as it is, not enough desks, sometimes not enough books, and so I couldn’t imagine how — I remember I had a class of 48 people last year. How are you going to social distance?” Angelina said.

While Angelina remains frustrated by the lack of resources for the public school, she takes pride in attending Kenwood.

“I take pride in the school where I will graduate, I take pride in just going to Kenwood. I love being there. I love the atmosphere,” Angelina said. “I love it all, but it’s definitely like, where’s the tax money for Kenwood?” 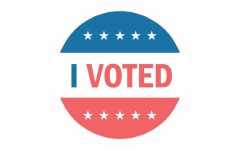 How you can register and vote in the Chicago municipal election 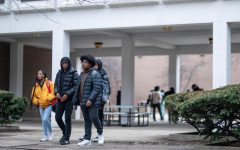 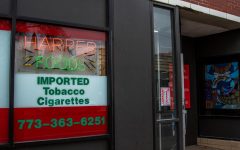 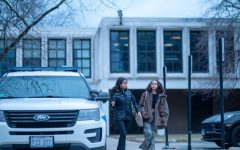 Safety and security: Half of surveyed worry about safety on campus 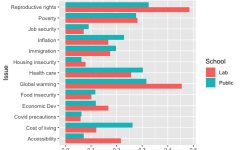