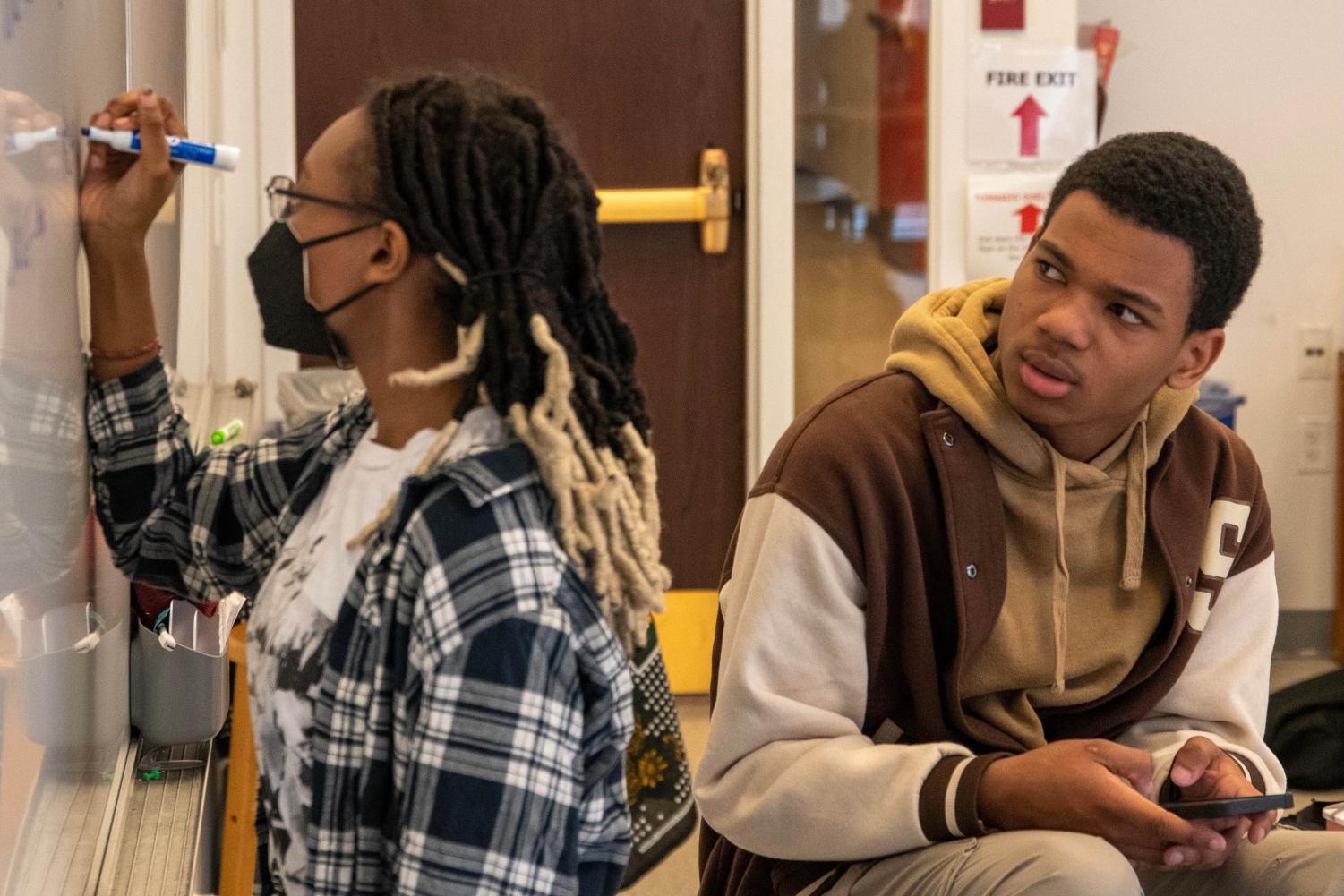 BSA member Michael Ewing watches club president Tech Nix write on the whiteboard during one of the club’s meetings.

BSA evolves to become a club with shared identities, experiences

When Tech Nix joined the Black Students’ Association, they were 14: new to high school, new to Lab, looking for clubs and friend groups to call home. Now a senior, they serve as president, hoping to foster the same belonging they once sought.

“Part of it was because I really wanted to find some form of community,” Tech said. “I came from a Catholic school, so it was a very different environment. It became kind of a safe space for me.”

Prior to seeing BSA advertised at the club shopping event their ninth grade year, Tech said they “didn’t even know affinity groups were a thing.”

Within the BSA milieu, however, Tech soon discovered a space they could grow into, wherein politics were discussed, music was listened to, and friendships were forged — all in the same time and place.

“It sort of doubled as both a form of agency that Black students would be able to take in a group, so we felt less alone,” Tech said, “but also a space for Black people to collect themselves and be able to exist.”

As a ninth grader, Tech recalls not quite knowing their place. They felt intimidated by the seniors in their midst: beholden to their expertise and reticent to speak their mind as a younger member. But over the past four years, they’ve planned workshops, joined the board, and been elected president — confidence increasing with age.

Nonetheless, Tech hopes none of their younger counterparts feel as if their voices can’t, or won’t, be heard.

Over time, it became less about different power dynamics for me, and more just like a group of people with shared experiences and shared identity.”

“Over time, it became less about different power dynamics for me, and more just like a group of people with shared experiences and shared identity,” Tech said.

As much as Tech has changed during their high school experience, so too has the national and global political stage. As a club, BSA has reckoned with the impact of pandemic-era remoteness: how best to boost morale and membership over Zoom, as well as how to take advantage of ongoing civil rights uprisings. This year, members hosted a Social Justice Week workshop on protest strategy and tactics.

“Before we committed to this,” Tech said, “we first talked about it as a group to see what other people would want. Obviously, the board has more agency in terms of, like, talking to the administration and thinking of ideas and stuff like that, but we always try and bring it to the club, because at the end of the day it affects all of us as people of color.”

In the wake of the coronavirus pandemic, Tech said the club has struggled to attract younger members. Nonetheless, they remain hopeful.

“I already think it’s a really good space, and we’re all trying to rebuild it,” Tech said. “We’re trying to get it back out there, and rejuvenate people’s interest.”

Myles Cobb, a sophomore and one of BSA’s youngest members, aims to carry the torch.

He said, “I hope that it can remain as a space that you can talk, have fun, and also vent frustration comfortably.”

Q&A: The legacy of BSA

Discussing the range and scope of the Black experience, counselor and ’84 alumna, co-adviser Camille Baughn-Cunningham said the club’s mission has remained largely constant over the years. As a young member then, and co-advisor now, she hopes to carry that mission forward.

How did BSA function when you were a student? How has your experience evolved over the years?

What’s something you remember vividly about your BSA experience?

One of the things I always remember about being part of BSA as a student were the MLK assemblies. A lot of times, that really does come back to, you know, “How can I make sure that as much as I may have very strong feelings and thoughts about what needs to happen in the MLK assembly, making sure that the students run the show?” The audience is mostly students, and I want the assembly to really speak to students. It’s fascinating because, at the time I was in Lab, it felt like this school was much more of a neighborhood and South Side school. We felt like there was a real connection, despite our different backgrounds.

As co-adviser, what lessons do you hope to imbue?

I would start with this combination of belonging and worth. Recognizing that, while you may not see the same number of students that look like you in a different setting, you are valued here. And finding a way to voice your experience, and with that, your needs and the challenges, I think, is really important. We all learn from any student’s experience at Lab, and can work to make Lab a better place. The second thing I’d think of is having a person in the building you can go to. I’d love it if it was me, but if it’s not me, that’s just fine. I feel like that’s one thing we tell them repeatedly. Third thing I might say is, how do you leave your mark here? Students go through high school, and obviously they’re thinking about what they can learn, and what they take with them to the next place, the college they attend, but what do you leave behind? It doesn’t have to be on a grand scale. Sometimes we forget the little things. 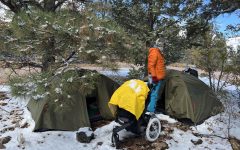 Across the country: Two alumni walk 2,800 miles to combat homelessness 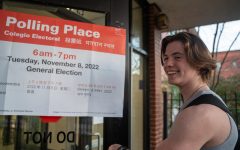 A rite of passage: Seniors reflect on first voting experience 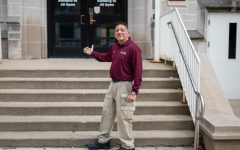 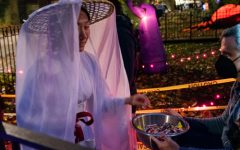 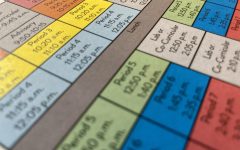 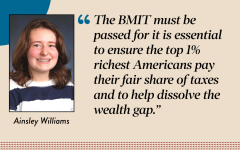 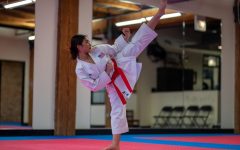 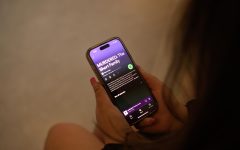