Every 4 years, the whole world fills stadiums and becomes fixed to their TV sets to watch the FIFA World Cup. Since the inaugural games in 1930, the World Cup is an international soccer tournament between the senior men’s national teams of FIFA, the governing body of the sport. This year, the games are being held in Qatar, marking the first time the games are being held in a Middle East nation, with the 2018 champions of France returning to defend their title.

When are the games?

The games begin Nov. 20 with a match between the host country of Qatar and Ecuador and continue to Dec. 18. The games are not being held in the  summer as is customary due to the region’s excessive heat.

What is the controversy behind the host country?

One of the most prominent issues raised against Qatar is the potential human rights violations toward the workers hired to build the infrastructure around the games. Amnesty International has found evidence of forced labor, unpaid wages and excessive working hours. Media and fans alike have all raised concerns about the illegal status of homosexuality in the host nation. Qatar has disclosed that it will comply with FIFA rules promoting tolerance during the games.

How can I legally watch the games?

The 2022 FIFA World Cup will be broadcast live across FOX Sports and you can stream it live on Peacock, SlingTV and Vidgo.

This November, billions of screens across the globe will flash with images of the bright, ecstatic culture that is the FIFA World Cup. The event is familiar to almost everyone as a cultural phenomenon and soccer tournament that occurs every four years. The 22nd World Cup, hosted later this month in Qatar, is particularly significant this year as it has already drawn much attention for the numerous controversies surrounding it.

Qatar, a country smaller than most U.S. states, is primarily a desolate and sun-baked desert located on the Arabian Peninsula known primarily for its abundance of oil. Qatar battled to host the 2022 World Cup and finally won in 2010. Over the past decade, Qatar has taken the long journey toward readying itself to host the millions of people who will attend the series of soccer matches over several weeks. Within these years, accusations and claims of bribery and modern-day slavery have been proliferating, proving Qatar is unfit to host the World Cup and unacceptable that FIFA is ignoring their numerous transgressions.

In 2020, the United States Department of Justice announced that Qatar had bribed FIFA representatives to gain the right to host the World Cup. Allegations were made that FIFA benefited from a $500 million deal made just 21 days before the final decision.

This is not the first time FIFA has been embroiled in such egregious allegations.

It is an obvious and continuous problem in FIFA, with the corruption scandal of 2015 led to the indictment of several of its top executives. Allowing Qatar to host the World Cup serves to perpetuate this problem and deem such bribery acceptable.

This is not the only fault Qatar presents, as many of its laws are far outside those of most other nations, such as same-sex relationships, which in Qatar are punishable by death. Although FIFA has demanded certain exceptions to be made for the World Cup, saying in an interview with CBS News that “Qatar as a host country is fully aware of its responsibility to adhere to FIFA’s expectations and requirements on human rights, equality and non-discrimination.”.

FIFA has had over a decade to work and push the Qatari government. These small exceptions FIFA has convinced Qatar to make aren’t telling of any intense effort to cease this extreme hate.

Qatar’s disregard for human rights is also a prevalent issue that is now intertwined with the World Cup. Since 2010 Qatar has hired over 30,000 foreign laborers to build the soccer stadiums. Among the 30,000, at least 6,500 of the workers have died from the intense labor and terrible conditions in which they are forced to work. The death toll is estimated to be higher. The conditions for these workers raised an alarm for human rights group Amnesty International, which in 2016 accused Qatar of forced labor and directed an accusation toward FIFA for failing to stop the soccer tournament from being built on the abuse of human rights.

The root of the abuse these workers face is Qatar’s kafala system. The kafala system is a sponsorship system that fosters the relationship between foreign workers and their sponsor or employer. It gives companies the ability to employ foreign laborers. But this system gives workers no protection under their country’s labor laws. This creates a loophole that many sponsors exploit. These sponsors are ultimately able to control the workers’ legal status and ability to enter and exit the host country. This level of control constitutes as modern-day slavery.

Qatar, a peninsula so small, so hot and overwhelmed with controversy, is set to host the World Cup this month while FIFA has ignored the deaths, bribery and human rights violations. In some cases FIFA is complicit. The honor of hosting the World Cup should not go to the highest bidder but rather be a reflection of a country’s morals, ethics and overall ability to ensure a successful World Cup.

“Having a good Asian player in the World Cup representing is big, and also I like him because he scores a lot of goals for Tottenham [Hotspur F.C.].”

“My family’s from Mexico, so [I support Argentina] from just the association of a fellow Latin American country.” 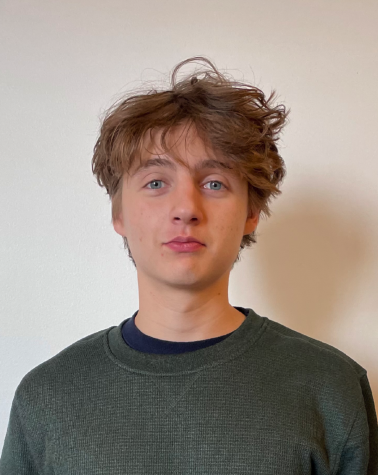 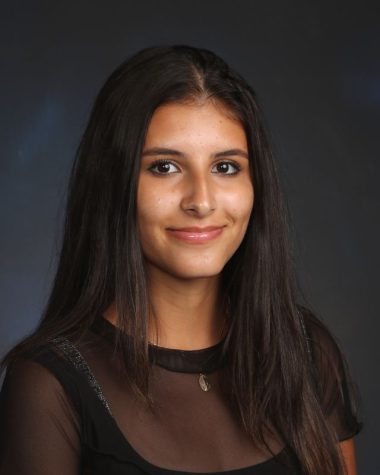 “I grew up in England, well in a French school, so those are the two other countries aside from Colombia that I would root for. But in one of the last World Cups, England disqualified Colombia in penalties, so I’m going to be rooting for them this year.” 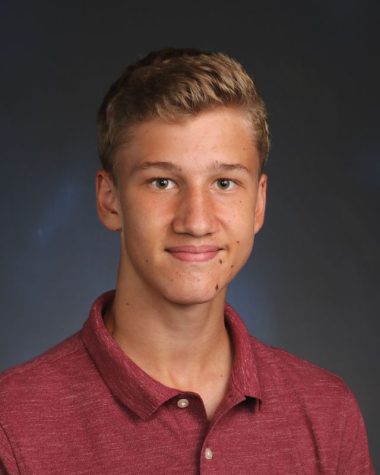 “One of his last chances to get really far, so it would just be nice for them to get far in the World Cup. It should be fun to see how, now — with a lot of the players that I’ve grown up watching are just getting older now, and now there is a new generation of players — so it will be interesting to see new players I don’t really know about.”

With less than a month until the 2022 FIFA World Cup, soccer fans are buzzing with excitement as they prepare to sit back and enjoy the world’s most prestigious soccer tournament. Over the years, the Panini World Cup trading card challenge has become a special tradition for fans to engage in the event every four years.

The objective of the challenge is to celebrate the culture of the World Cup. First, fans purchase a Panini World Cup sticker album, consisting of pages reserved for each national team with spots for every player on the team. To fill the album, fans collect player cards through randomized miniature packs. Ultimately, the aim is to complete the entire album by collecting all the players from every team.

Senior Cristian Ferreya, a longtime soccer fanatic, completed the challenge during the 2014 World Cup. At the time, Cristian was living in Chile, and many of his peers were involved in the challenge as well.

“During the luncheon, it looked like the New York Stock Exchange. Everyone brought their albums, and their cards,” Cristian said. “They were crossing off all the numbers in the back of the book, and everyone was trying to complete it faster than the other people.”

Cristian said completing the album was one of his greatest accomplishments as a soccer fan and he still treasures it to this day.

Since the packs are randomized, fans are unaware of which player cards they are receiving when they buy one. Therefore, the challenge encourages fans to collaborate by trading their cards in order to complete their albums.

Cristian said his love for the sport and the community it creates inspire him to persist through the challenge.

“It really connects football fans from all over the world but also like all over the community,” Cristian said. “If you have like a few friends that are all trying to complete their albums, it makes it a lot faster to complete your album if you can trade with different people. So there’s certainly a social aspect to it.”

Senior Yaseen Qureshi also completed the challenge during the 2014 World Cup. Yaseen was introduced to the challenge by his father, who participated in it when he was a child. Yaseen said that the sticker albums carry a greater significance.

“Looking back at those sticker books, it’s a catalog of the World Cup,” Yaseen said. “One of my first memories watching the World Cup was Robin Van Persie’s ‘Flying Dutchman’ header goal against Spain, and I remember watching that and just kind of realizing this is why people call it ‘the beautiful game.’”

Yaseen said that the sticker albums serve as souvenirs for each World Cup.

“Whenever I look back at that catalog, I’m reminded of those first memories [I had] as a kid watching football and essentially being inspired by what [I saw] on the TV screen.” 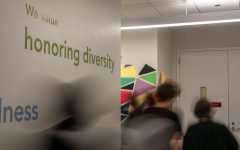 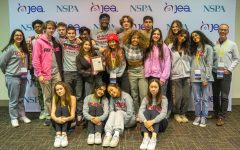 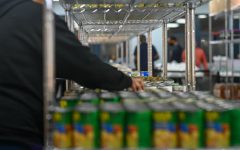 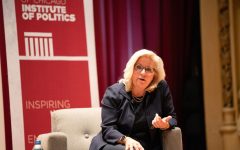 Liz Cheney talks on the state of U.S. democracy 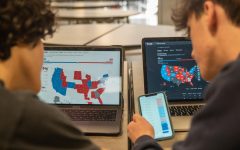 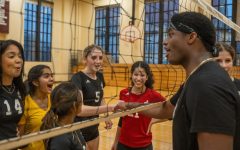 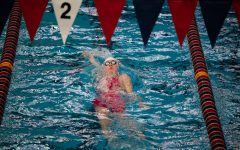 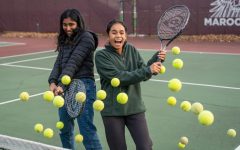 Double or nothing: Kriti Sarav and Paola Almeda find success as a doubles tennis team 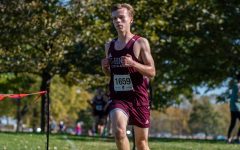 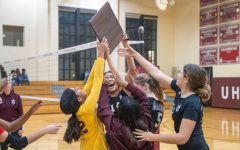