Head to Head: Time to cut the no-cut?

U-High teams have never had tryouts. Do the benefits of the inclusive no-cut policy make up for its logistical drawbacks?

For more than 70 years, a tenet of the U-High athletics program has been its no-cut policy, which allows students of any grade and ability to join one or more of the many school sports teams. Unlike many high schools in the Independent School League and across Illinois and the nation, Lab allows students of varying athletic experiences to participate fully in all team practices and games while maintaining a competitive presence across many sports.

At its inception, the no-cut policy was established as an extension of Lab’s principles.

“I think the philosophy behind it is rooted in progressive education. I think historically, there is participation in education to learn as you’re doing, right, including athletics,” David Ribbens, athletics director, said. “So the belief that that’s good for students to participate in has been the underlying philosophy.”

“That affiliation with a team, with teammates … is their driving factor in being involved in an athletic [sport]. That affiliation is important, and I still think that that’s the case here,” he said.

Yet it is hard to ignore that athletics at Lab has grown exponentially. More and more students are joining sports teams, raising concerns regarding the logistical feasibility and purpose of maintaining a no-cut policy. From coaches to uniforms to practice spaces, there are a larger amount of challenges to coordinating sports.

With sports involvement only trending upward, these values and questions are important to consider. Is the no-cut policy an impractical relic of the past, or a valued characteristic of the athletics program worth preserving?

Drop no-cut: Too many on the field

As Lab students returned from the pandemic, there was a sharp increase in signups for athletics teams. With the total student body having grown larger than in previous years, many of those teams are the largest they have ever been.

Lab’s athletic experience has never just been about winning championships. It is about building a community based on achieving a common goal. So far, the no-cut policy has supported that goal, but with ever-extending rosters for school teams, the policy has perpetuated an outdated system that now is inhibiting the athletic experience for the athletes most committed to their teams.

I’m not saying that Lab should chop the rosters in half or recruit students based on athletic ability. Lab has already had success in both individual and team sports while taking nothing away from academics. However, there needs to be some kind of balance so that the space, time and resources that each team needs are not spread thin. Cutting wouldn’t be required for most sports and might never be a problem for some, but there should be a reasonable cap on the number of athletes that each team can support.

Lab’s facilities include a limited amount of practice space in Kovler and Sunny gymnasiums and on nearby courts and fields. Scheduling practice for the nine total middle school and high school basketball teams during the winter season has been a challenge. This has resulted in teams of 30 athletes only having half a court on which to practice, while coaches have little time to give players individual attention or instruction. Teams also have to wait for practice space, causing difficulties for athletes with long commutes.

For teams such as baseball and golf that regularly practice at facilities off campus, transportation is an added cost. The shuttle bus system is not completely reliable and transportation sometimes has to be organized by coaches and players.

The role of a coach is to organize planning and logistics while also instructing and guiding the team. However, when a team reaches a certain capacity, more and more of a coach’s time is taken up by the organizational aspect rather than the athletes themselves.

In taking on more teams, coaches and athletes, the school needs to spend more on uniforms, transportation and equipment. Even if the school continues to cover these costs, the limits placed on each team by their facilities remain.

Teams also lose some of their competitive aspect when all that is required to join the team is signing up and showing up. If a place on the team is earned and not guaranteed, athletes will be more committed to being at practice and working to improve.

Some may argue that the no-cut policy indicates that Lab is more dedicated to the camaraderie and inclusion that comes with being on a team rather than being an athletic powerhouse. However, that experience is made difficult when the team becomes too large to be a tight knit group and the most committed athletes need to make accommodations.

Each of Lab’s teams should have a limit on the number of athletes who can join a team. Most teams probably would not reach that number and have no need for tryouts. However, tryouts should be an option so that overflow does not occur.

For students who may not be sure if they want to commit to a sport competitively, the P.E. program could offer units in fencing, golf and squash so students could explore these sports without taking up spots on a team.

Keep no-cut: Everyone plays their part

At Lab, we believe in inclusion. Granting equitable opportunities for all students is the foundation for realizing Lab’s mission of “learning experientially, exhibiting kindness, and honoring diversity.”

There is no reason why our educational philosophy shouldn’t also apply to our sports teams. The no-cut policy is a valuable means to encourage inclusivity in sports and inspire passion in student-athletes. This is something the Lab athletics program should pride itself on preserving.

A central reason we have school sports teams is to build a close-knit student community. I’m not an athlete, but I see the effects of their camaraderie in our spirit assemblies, Homecoming games, and in my friends who have found a sense of affiliation with their respective teams. Combined with our naturally competitive nature, athletics brings us as a student body together.

But what happens when not everyone can take part in this experience? Having a cut policy, likely based on skill level, sits fully opposite to the values we hold as a school. Actively disallowing participation based on athletic ability discourages passion for sports and sets a precedent that we will support the athletic experience of a few students over that of many. A student who’s interested in a sport or wants to spend time with friends might not be able to join because they’re simply not good enough. On our mission statement principles, that’s just not right.

I’m aware our commitment to creating a sense of community comes with an equal desire to achieve success. Our sports teams deserve to be as good as possible, and students of varying levels playing together might seem counterproductive to that goal. Yet that’s why we have multiple tiers of teams and clear divisions between levels — varsity, JV, etc. — to support the number of students who want to participate. Everyone gets a shot to play, and those who are at the highest level will naturally rise to the top tier.

Moreover, in many sports, it is known there are a select number of spots — a final cut — available to represent Lab in the IHSA sectional and state competitions. Athletes go into their seasons understanding that just a few will advance to these final competitions. Those who care about advancing are encouraged to engage in healthy competition to decide the representative group, while those who are there for recreational reasons or who are less focused on the scoreboard have a different purpose altogether. These groups have no reason to clash over the course of the season, and this trend is supported by our teams historically doing well in the postseason. There’s little substantive evidence to prove adding members has negatively impacted the performance of the representative athletes.

This poll has ended.

I know there are also logistical concerns to scaling this rapidly-expanding athletics program. But I believe it’s more feasible to consider hiring a new coach or purchasing a new bus than to force an overall decreased engagement in sports because students don’t feel they belong in our Maroon jerseys or have lost interest in the activity that brought them joy. Decisions need to remain in favor of prioritizing inclusivity because we’re not yet at the point where we have a detrimental oversubscription of student athletes.

Across the nation, schools tout their athletic success as the product of selective cut-policy programs. At Lab, we don’t need that. We can maintain our reputation as a competitive athletic school while offering opportunities for all students — regardless of grade or skill — to become a valuable part of the athletic community. Let’s keep proving that we’re different. 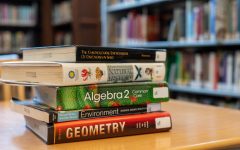 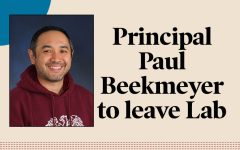 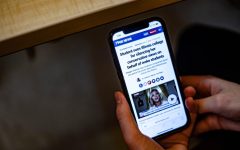 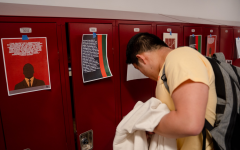 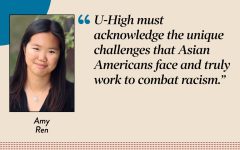 U-High must shine a light on Asian American struggles 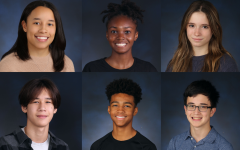 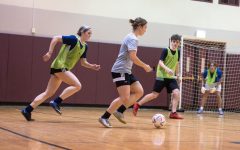 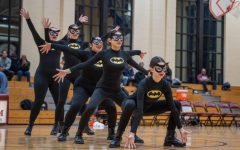 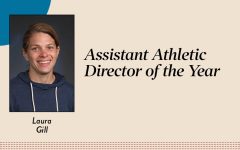