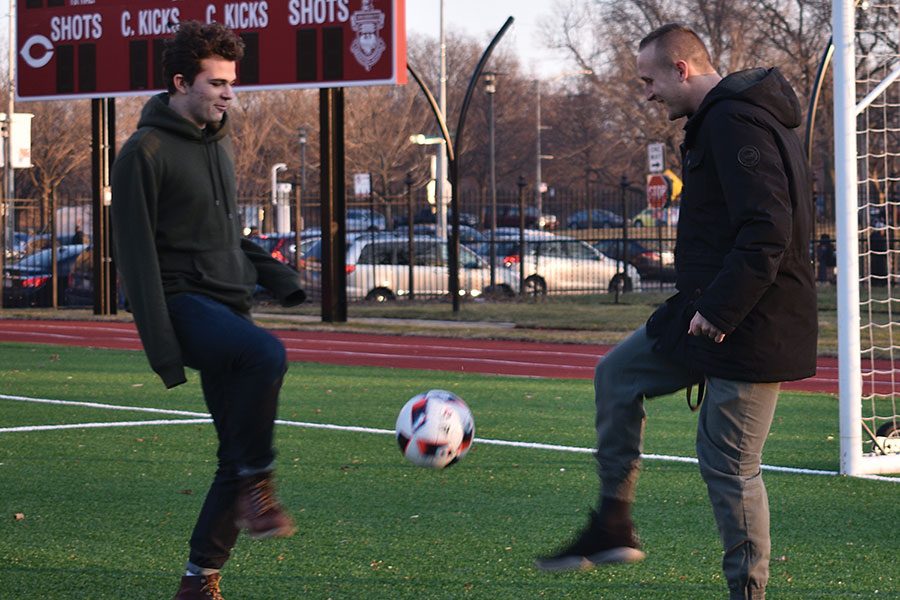 Connor Smith, Josh Potter help each other find balance on the soccer field 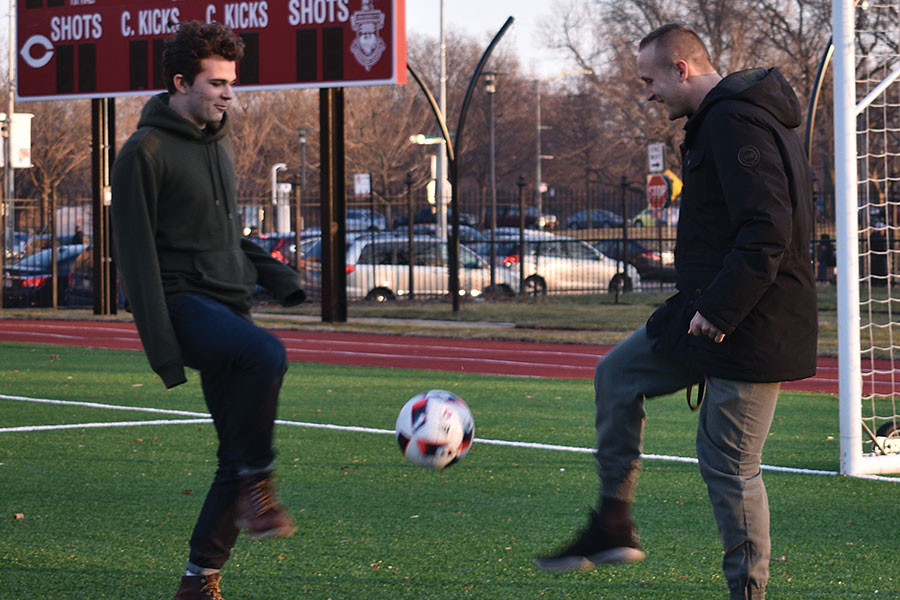 Connor Smith, Josh Potter help each other find balance on the soccer field

It’s summer 2016 and Josh Potter, at the time a part-time soccer coach, watches the game on a hot summer day. Throughout the game, he can’t help but smile at a boy he sees joking around and having a good time on the field. Looking back on that first time he met Connor Smith, Mr. Potter described him as “vibrant and funny.”

Through their friendship, Connor, now a senior and a varsity captain, and Mr. Potter, now the U-High head coach, have both pushed each other to grow. Connor has helped Coach Potter be more laid back and attuned to his students, while Coach Potter has helped Connor become more focused.

In their roles, Coach Potter and Connor each have strong opinions about what is right for the team, which can sometimes cause (mostly constructive) disagreements.

“He’s challenged my patience a lot,” Coach Potter said. “As a coach, you’ll have a lot of kids who just accept what you say and put all their trust in you as their coach, but Connor is the one kid who will challenge you. Not in a negative way, but in a way that makes me think. He’s made me more open minded to listening to my players and respecting their different opinions.”

While their disagreements haven’t always been friendly, Connor said he values that he and Coach Potter can always work through arguments and don’t hold grudges.

Connor described a time when the team was at a retreat in Michigan.

“I started a fight,” Connor said. “We were just messing around, but the whole team started to join in. He got super mad at us and was screaming at us. I was annoyed because we were just having fun.”

An hour later, Connor and Coach Potter talked it out, and despite finding some of the joking and horseplay funny, the coach needed the players to set a good example.

Connor said, “That was just one example where, even though we got upset with each other, we can always figure it out instead of one of us holding a grudge.”

Connor said Coach Potter has pushed him to be more focused and disciplined.

“When I was younger, I used to not really listen to anything anyone said,” Connor said. “My junior year he showed me that sometimes you do have to take stuff seriously and, in the end, it’s more rewarding if you care about something and try for it as opposed to just messing around with everything and not really putting in any effort.”

Connor said Coach Potter’s emphasis on hard work has given the team a new mindset.

“Skill-wise, we’re a pretty strong team and we can win games just based on talent, but we can sometimes come off as cocky or lazy,” Connor said. “Coach Potter really told us that if we want it, we have to grind. During the summer, he told us that this is our time to work harder than everyone else and push ourselves.”

Coach Potter is proud of the growth he sees in Connor as a leader for the soccer team.

“Connor showed a tremendous maturity that he didn’t have the first two years I knew him,” Coach Potter said. “As a team captain, he kind of latched on to the younger kids and helped them be calm in tough situations. He actually wants to care for these guys and make sure everyone’s OK and not just win games. He’s still goofy, but he knows how to separate when he can joke around and when he has to be serious and lead.”

Off  the soccer field, Coach Potter’s guidance has motivated Connor to try his best and stay persistent.

“Last year, I was struggling in math for a long time,” Connor said. “He ended up emailing one of my teachers and asked if he could help in any way. Just having him to talk to was honestly the biggest help I got. He gave me the option to talk about it and figure it out instead of just holding it inside and just accepting that it’ll be another failure.”