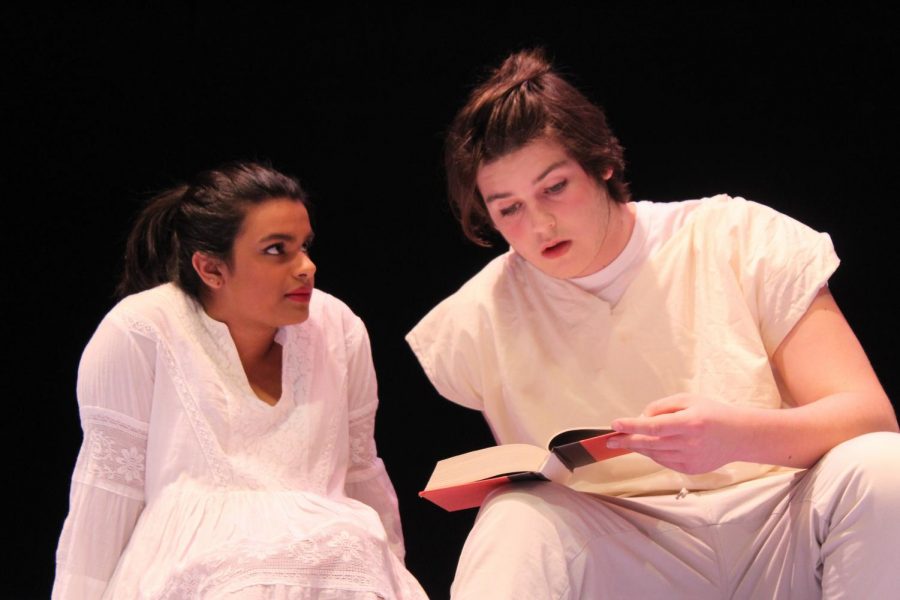 Written by senior Olivia Pon and directed by junior Henrik Nielsen, “Hello Again” is the story of Dawn and Arthur, two soulmates who can never be living at the same time — while Arthur is alive on Earth, Dawn cannot be. When they meet between lives, Dawn is reluctant to let Arthur begin a new life again because they’d be separated once more. Yet, by the end, Arthur releases her to go live, seemingly for the first time.

For senior Dania Baig, the joy of playing Dawn comes from the richness of her character.

“I think Dawn is one of my favorite characters that I’ve played, just because she’s so well developed for a character in such a small scene,” she said. “I had a lot of trouble creating a character separate from my own personality, so I tried to make her as atmospheric and almost ethereal as possible, because I’m quite the opposite. Then, as the play goes on, you see that she’s a lot more troubled, so I slowly added those dimensions of cynicism and exhaustion to her character, and I think I came up with a mix of Dawn and myself that I put onstage.”