On Sept. 25, Juul Labs, Inc., announced that the company would suspend advertising in the United States in response to several medical cases related to e-cigarette use. The Food and Drug Administration has gone as far as to call vaping among young people an “epidemic.”

Despite seeming to know the dangers, millions of teenagers around the world continue to use vaping devices from Juul or another company. According to Sherry Emery, a senior fellow at the National Opinion Research Center at the University of Chicago, this can be credited to the company’s expert marketing tactics. 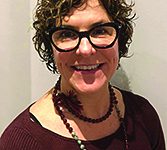 We saw the emergence of these lifestyle and aesthetic accounts like ‘Juulgirls’ that made memes displaying and promoting Juul usage. Then regular people are reposting those messages.”

“Juul got out there and started posting messages about their product before anyone else, but they did it in a way that followed the playbook of cigarette companies,” Dr. Emery said.

One part of what she and her team do is study old cigarette advertisements and compare them to those of Juul and other vaping devices.

“They appeal to teens using the same strategies. They have advertisements featuring youthful models and appeal to certain lifestyles, sexuality and independence,” she said.

But what sets Juul apart, according to Dr. Emery, is Juul’s use of social media as a marketing strategy. She said that after their initial launch, “we saw the emergence of these lifestyle and aesthetic accounts like ‘Juulgirls’ that made memes displaying and promoting Juul usage. Then regular people are reposting those messages,” she said. “There are tons of memes, references to Juuling in school, and making addiction trivial and glamorized. It’s not shocking for youth because they see it every day. For everyone else, it’s completely foreign.”

The companies “Adults and policy makers aren’t seeing it because now it’s mixed into the social media culture that only kids are a part of.”

She said Juul’s unprecedented success is largely due to these marketing tactics as well as the high content of nicotine present in their products. Older e-cigarettes had a lower concentration and were less efficient at delivering nicotine.

“The design of the products just made it very appealing, and when you pair that with excellent marketing strategies, it’s the perfect storm,” she said.

“The Truth Initiative is a group right now that’s trying to provide health for vaping and nicotine addiction,” she said.