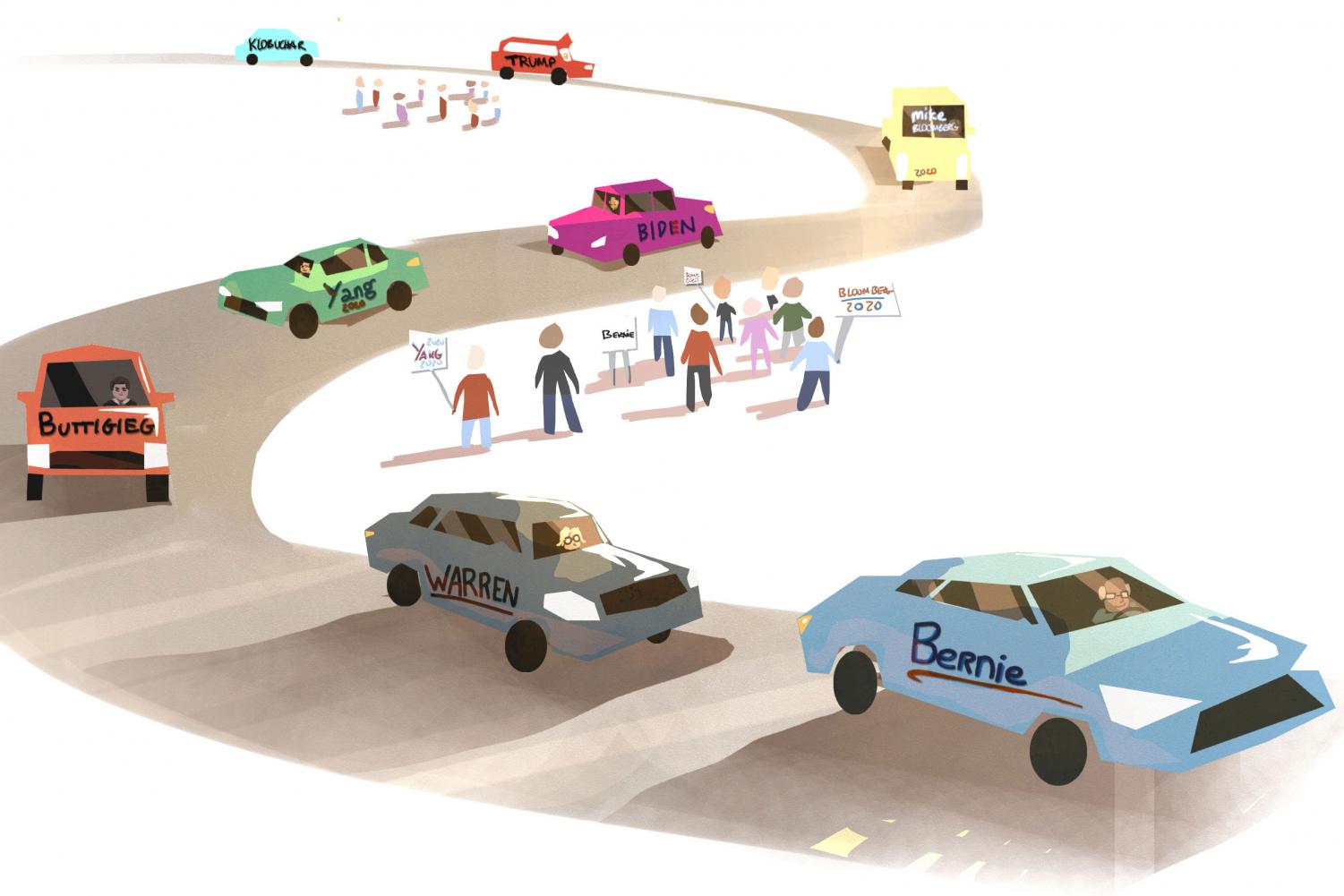 Racing for the nomination

The March 17 Illinois presidential primary is just around the corner. Here’s a guide to the candidates and the path to the general election.

The Midway conducted a “mock election” survey of the student body. This survey was available Feb. 3-6 and received 233 responses. Michael Bennet and Andrew Yang dropped out of the race Feb. 11. The results of the survey are below: 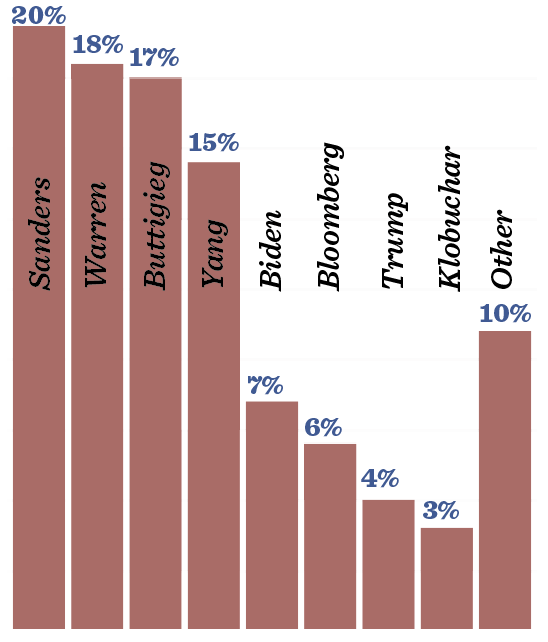 Candidates have been placed in order based on the votes they received in the U-High mock election conducted by the Midway.

Bernie Sanders got his start in politics as the mayor of Burlington, Vermont, in 1981. In 1990, elected to represent the Vermont Congressional District. He has served in the U.S. Senate since 2006.

Mr. Sanders ran for the Democratic nomination in 2016, gaining 43% voter support. He advocates for Medicare-for-all and college affordability. He also plans to cap prescription drug prices at $200 annually.

“Generally, I think he is a really well rounded candidate in terms of balancing social issues such as abortion and gun control with economic issues and things like climate change and health care.”

“I like how he appeals to younger voters and I also think he is not so radical that he would be unable to win.”

Elizabeth Warren has promised big “structural change” to redirect power to the working class rather than big corporations and the rich. She has several policy plans, including creating a wealth tax, canceling student loan debt for most borrowers and breaking up big tech companies.

According to the New York Times, Ms. Warren also has ironed out payment and transition plans for “Medicare for all,” largely funded by her proposed wealth tax. A Harvard law professor who became Massachusetts U.S. Senator in 2013, Ms. Warren has faced scrutiny for claiming Native American ancestry.

“I really like how passionate she is about her issues. I like her stance on healthcare, her wealth tax, her plan for climate change and her plan for immigration. I think that she is someone who can really unite the country in a way that other candidates don’t just because she is so committed to the American people in to her campaign and she really cares about each other.”

Mr. Buttieg’s campaign centers on Buttigieg being a relatable candidate to Millennials. Buttigieg advocates implementation of a public health care plan — “Medicare for all who want it” — and has suggested the abolition of the Electoral College and reforms in the structure of the Supreme Court.

“For me, at this point [the most important], issue is climate change policies. I like his ambition and plans for initiative in terms of getting carbon neutral and meeting the Paris Agreement requirements. I also think in general, he is more aggressive about climate change which is definitely something I’d like to see in the Oval Office after four years of our administration denying that it exists.”

Andrew Yang is a non-politician entrepreneur. According to Mr. Yang’s campaign website, his first priority as president will be to implement a universal basic income of $1,000 per month to every American 18 and older. He plans to fund this through taxing companies benefiting from automation. Mr. Yang supports Medicare for all. Overall, Mr. Yang’s campaign is focused on maximizing human welfare. Mr. Yang studied economics at Brown University and law at Columbia University.

As of Feb. 11, Andrew Yang is no longer running for the Democratic nomination

Joe Biden’s campaign focuses on rebuilding the middle class; strengthening the nation’s status as a global leader with foreign alliances, modernizing the military, democratizing the election process through more secure and accessible voting and limiting private endorsement of presidential campaigns. Mr. Biden plans to increase funding for low-income schools and instate a climate change action plan. Mr. Biden believes in bipartisanship and working with Republican politicians. Joe Biden served as vice president to Barack Obama after serving six terms representing Delaware in the Senate. 2020 will be Biden’s third and last run for president.

Asher first became interested in Joe Biden for the work he did as Vice President from 2009-2017.

Asher likes how Mr. Biden has moderate policies. He believes these policies will bring together more of the country in comparison to his more radical counterparts.

Michael Bloomberg, a late addition to the Democratic candidates, is a billionaire and centrist leaning former New York City mayor. Bloomberg’s campaign, unlike other top candidates’, is self-funded. Bloomberg has changed political parties three times in his political career, having been a Republican and an independent. His campaign is marked by his mayoral accomplishments and philanthropic donations supporting gun control and action against climate change. His policies focus on an “All-in-Economy” to create jobs and educate more workers and advocating the use of clean energy to cut carbon emissions.

Although Michael Bloomberg received 6% of the vote in the mock election, no students agreed to comment.

President Donald Trump’s campaign is largely highlighting successes of his first term. According to The New York Times, his poll numbers are similar to the past three presidents as they looked for re-election. His campaign focuses on appealing to swing states and moderates while maintaining his base. The New York Times reported, on the one hand, many of his Facebook ads emphasize his polarizing immigration policies, appealing to his “hard-core supporters.” On the other hand, Mr. Trump is using ads focused on criminal justice reform, first aired during the Super Bowl, to recruit moderate voters.

Amy Klobuchar began her law career in Minneapolis law firms before becoming the county attorney (prosecutor) for Hennepin County in 1998. She was elected to the U.S. Senate in 2006, where she has served since.

Ms. Klobuchar supports more moderate solutions to universal health care and college affordability. She plans to expand college accessibility. Ms. Klobuchar plans to lower drug costs by allowing people to import lower-cost drug options from Canada and patients to to negotiate with Medicare over drug prices. Additionally, she plans to pass legislation that expands the Medicare and Medicaid programs.

“She is moderate and smart and has good policies — she’s against free college for all but she’s for reforming health care.”

“I guess I like her ideas because they aren’t overly liberal, but also they’re not conservative because I consider myself socially liberal but economically moderate.”

Tom Steyer, a billionaire hedge-fund manager, founded two banks, Farallon Capital and Beneficial State Bank. Mr. Steyer and his wife signed The Giving Pledge to donate half their fortune during their lifetime. Mr. Steyer has been an advocate for fighting climate change and impeaching President Trump. Mr. Steyer stepped back from his duties to join the Democratic primaries. He supports Medicare-for-all and is basing his campaign on his plan to reinstate the “5 rights” for all. These rights include the right to health, an equal vote, clean air and water, to learn and to a living wage.

Tulsi Gabbard is known for her opposition on American intervention overseas. She was deployed to Iraq in 2004, and currently serves as a major in the Hawaii Army National Guard. Born in American Samoa, she is a four-term U.S. Representative for Hawaii’s Second District. She has drawn controversy from agreeing to meet with Syrian president Bashar Al-Assad.

Few Republicans seek to challenge Trump due to support from base

While most media attention is on the Democratic primaries, the Republican primaries are also underway with only the slightest challenge to President Donald Trump.

As a campaign strategy, President Donald Trump is touting the economic successes of his first term.

According to The New York Times, his poll numbers are similar to the past three presidents as they looked for re-election.

His campaign focuses on appealing to swing states and moderates while maintaining his base.

Registration is open beginning March 1. Application can be done online or in person.

To be eligible in Illinois or Indiana, you must be a U.S. citizen and have been a resident for at least 30 days prior. You may vote at 17 if you will be 18 years old by the general election, Nov. 3.

The New York Times reported, on the one hand, many of his Facebook ads emphasize his polarizing immigration policies, appealing to his “hard-core supporters.” On the other hand, Mr. Trump is using ads focused on criminal justice reform, first aired during the Super Bowl, to recruit moderate voters. 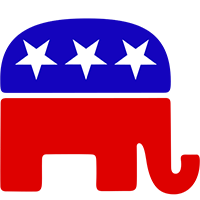 According to an October 2019 poll on the Republican primaries by The Economist and YouGov, Mr. Trump dominates the race polling at 86% followed by Bill Weld at 3% and Joe Walsh, who dropped out on Feb. 7, at 2% with the rest undecided.

Mr, Weld is a former two-term Massachusetts governor and 2016 vice-presidential candidate for the Libertarian Party. In January 2019, Weld rejoined the Republican Party, announcing his candidacy a month later.

“Here’s where I stand on the issues. I’m an old-fashioned Republican — I believe in a well-run economy, a pragmatic foreign policy, and moderation on social issues,” he said on his campaign website.

Although Weld is officially still running, Republicans in South Carolina, Kansas, Nevada and Arizona have canceled their primaries due to what they believe is a clear winner.

In the Iowa caucuses, Donald Trump won 97% of the vote with both Walsh and Weld getting around 1%.

Both challengers, however, insist that this is part of an effort to silence their campaigns and push Republicans towards Trump.

“Cowards run from fights,” they added, in a thinly veiled jab at Trump during a joint press statement on the cancellation of the primaries. “Warriors stand and fight for what they believe. The United States respects warriors. Only the weak fear competition.” 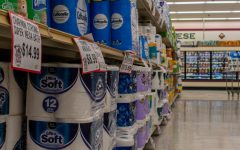 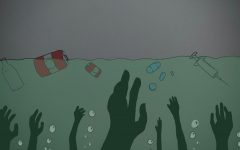 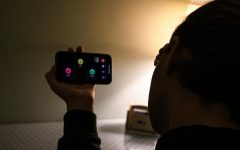 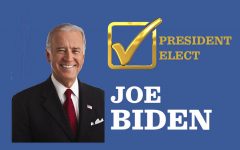 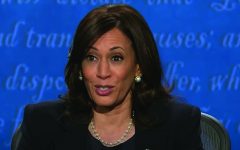