Is U-High worth it?

Some students weigh challenges of attending U-High against educational payoff 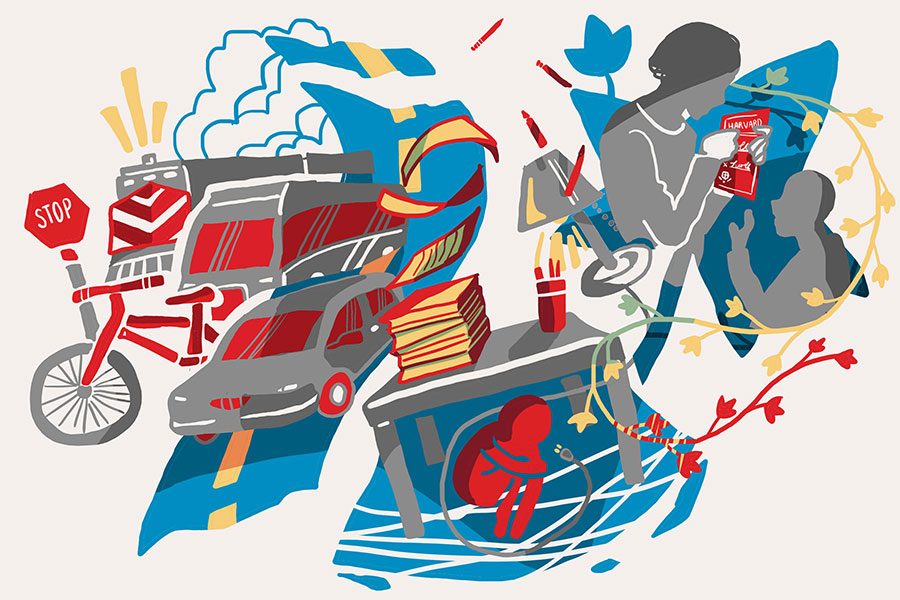 Even before the sun rises, some U-High students are out of bed and preparing for a rigorous day of classes, clubs and sports. As some pour their breakfast cereal, they weigh their mental health with the promise of knowledge — as others pack their bags with textbooks and laptops, they consider the opportunity to get ahead with the nagging question: Do I belong?

With its prestige and educational environment U-High attracts students, but certain students have to overcome the additional weight of long commutes, mental health issues and cultural isolation in order to attend.

U-High students and families who make lengthy commutes to school sacrifice hours of sleep and socializing.

“I live around Roscoe Village, on the North Side,” sophomore Quari Ewing said. “While that isn’t really far from school if you drive, I have to take a bunch of different trains and a bus to get to school. It takes me about an hour and a half to commute every day, which is kind of frustrating because I don’t get enough sleep.”

While waking up as early as 5 a.m. each morning can be grueling, some U-High students have learned to adapt and thrive, both academically and socially.

“It was hard to adjust at first, especially in freshman year, but in general, these days it’s just kind of my thing,” Seamus Flannery, a junior who lives in Naperville, said.

Students who live near one another in far-flung suburbs can form friendships through carpools or shared rides on public transportation.

While Mili Shah and Seamus attended the same middle school before entering U-High, they didn’t become friends until freshman year, when they began taking the train and then a bus to school each morning.

“It’s nice to take the train with people and have someone to talk to during the commute, because I would be bored out of my mind otherwise,” Mili said.

However, lengthy physical distances between these students and the majority of U-High students can sometimes feel isolating.

“You still have your friends, but you always have to plan everything to the dot, in advance,” Mili said. “A lot of my friends are more last-minute people, and that’s not really possible for me when you live far away.”

But for Mili, Seamus and other commuting students, the U-High experience is worth the painfully early mornings and late nights.

Senior Nathan Blevins lives in northwest suburban Bartlett, which means he spends up to four hours a day commuting to and from school. Despite only getting around five hours of sleep a night, he said U-High’s prestige outweighs his sacrificed time.

“Lab’s a very good school, and people recognize that,” he said. “I don’t think there’s another experience like Lab any other place.”

Esha Mishra, a sophomore who lives in Schererville, Indiana, said the commute is worth the drive.

“When I was applying to high schools, U-High was my top choice because it offered everything that I wanted in a school,” she said. “I’ve made so many amazing friends and memories, so my experience here has definitely been worth it.”

Although Lab’s rigorous academics attracts students and families, it can also become a strain on the emotional and mental health of students.

While Michelle Husain, a junior who has attended Lab since Nursery 3, believes that U-High offers educational value, she has also found the Lab environment harmful to her mental wellbeing. She said that, despite struggling from the beginning of eighth grade to the end of freshman year, she only received the school’s attention after a friend expressed concerns.

“The transition to high school wasn’t too bad and I was able to balance a social life and the workload, but I was still stressed,” she said. “Teachers would pile on assignments and every day seemed to be the same and drag on for hours and hours.”

She said eventually she hated going to school because of what she called “the mindless routine.”

“I feel like if I did go to a different high school things might have played out differently,” she said.

“I really hate how the school increases the competition between students, even though everyone is already highly stressed,” she said. “The student recognition assemblies are pointless for the students who aren’t receiving anything. Why would you put a bunch of kids into a room and reward some and make the others clap for them?”

For some students, enrolling at U-High can also come at the cost of feeling isolated on a socio-economic and cultural level.

One boy, whose name has been withheld, said his family’s choice to attend Lab arrived only after deep deliberation about the merits of a Lab education, against the impact of separation from his cultural community.

“I think making the decision to go to Lab kind of propelled us into a different world, because it felt like we were really transitioning environments and cultures. We were going from a community that was not that focused on education, to a community where education and work had a much larger emphasis,” he said. “People who like studying, people who like to get ahead and to really make themselves the best in whatever they want to be, aren’t looked at as awkward but kind of as an emblem or a model for the community instead. And it was that culture that really drew us in.”

He said he has periodically struggled to reconcile his family’s more modest background and income with the backgrounds of other students.

“I know a lot of these people have families that went to Lab, and went to Princeton and Yale and schools like that. So it felt, in the heart of this community, do I belong here? Or am I keeping the illusion that this is a place for me?” he said. “It feels like the people around me are several steps ahead always, even with summer opportunities and these jobs they get out of college, and the legacy advantages that they get at other schools. And all of those things made me think, ‘Do I belong here, or am I still a step behind?’”

The sky grows dark. Students flip through a history reading or annotate a copy of “Othello” while the train chugs steadily towards the suburbs. After finally reaching their front doorstep, they are comforted by the familiarity of home but are also anxious to complete the countless assignments before them.

As they eat dinner, they weigh the pressure for success with the opportunity to get ahead — as they unpack their overstuffed backpacks, they ponder their place in the U-High community, and the impact a U-High education will have on their future.

And they get to do it all again tomorrow. 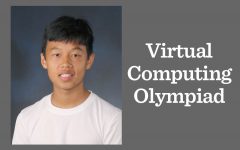 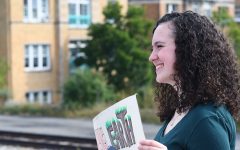 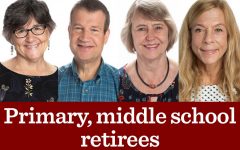 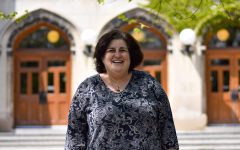 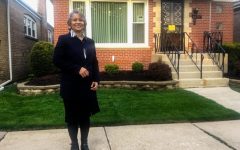 Cecilia Mullon: Retiring assessment coordinator’s absence will be felt throughout the schools