March is Women’s History Month. In light of the rising #MeToo and Time’s Up movements, the Midway is taking March to honor feminism and women’s history.

Don’t teach kids that teasing is an act of romance

From a young age, I was taught that if a boy was mean to me, it meant he was romantically interested in me. Being rude equated to wanting to be more than friends. This idea is ingrained in our culture and society. Allowing this behavior to continute teaches young kids that being rude equates to love.

In fourth grade, a boy in my class teased and bothered me. My teacher’s response was simple: “He’s mean to you because he likes you.” This indifferent response perpetuates the idea that a normal relationship between boys and girls is for the male to be dominant, even disrespectful.

This prevents kids from learning how to have healthy friendships and instead can teach kids that the opposite gender exists solely for romantic reasons. Furthermore, boys showing affection by treating girls badly creates a outdated idea of what a relationship should look like. With an outdated idea of relationships and lack of education there will be lasting life effects for the rising generation.

On Feb. 10, parents of students at Kanesville Elementary school in Ogden, Utah, were shocked to find out that the school does not allow students to say no to a peer if they are asked to dance. This teaches students that male students don’t have to respect “no’s” from anyone. It teaches female students that their wants don’t matter and that they have to do as they are asked. It prevents empowerment of these students and doesn’t allow them to find their own voices.

For the #MeToo and Time’s Up movements to have a lasting impression and a lasting impact, there needs to be an early understanding of how to just be friends with someone. The path to having healthy romantic relationships is based on understanding how to have a healthy friendship. For the new wave of feminism to last, the over-sexualization of friendship across genders needs to stop.

We must ask ‘why’ to analyze gender inequity

Reams of research suggest that gender and race do matter in the American workplace, far more than we realize and far more than they should. The data points below, culled from a variety of academic studies (sources available upon request), don’t explain why, but do illustrate how gender matters in the workplaces to which Lab students are headed.

Only 5 percent of S&P 500 companies are led by female CEOs, and only 4 percent of Hollywood’s films are directed by women.

Whose fault is this? Research indicates both male and female employees, both consciously and not, perpetuate gender bias against women in the workplace, thus compounding the difficulties women face in trying to achieve parity in pay, power, promotions and respect.

Female-on-female workplace bullying, aka the mean-girl phenomenon, is well-documented and, ironically, particularly pernicious in the “helping professions” like nursing and teaching. As one observer recently noted, “men eat their weak, but women eat their strong.” Employees of both genders are more likely to describe male leaders as “bosses” and female leaders as “bossy” (or worse).

To this alarming data, I’d like to add five observations of my own, stated in the form of questions, because questions are what historians “do.”

1. Why do numerous religious traditions across world cultures continue to claim that women are incapable of occupying the highest positions of spiritual authority?

2. Why, for millennia, have so many culturally diverse societies shared such similarly malicious assumptions about the nature of women?

3. Why are Egyptian divorce rates highest in families where the men are avid soccer fans?

5. Why does “looks like a supermodel” seem to be an almost non-negotiable job requirement for female newscasters at Fox and many other television networks.

I constantly remind my students that “geography is destiny,” but the data above suggests that, in more ways than we care to admit at this point in history, gender is destiny too (as are race, and gender preference). To me, the real purpose of Women’s History Month, and Black History Month, is to help us exorcise the culturally constructed demons that prevent us from acknowledging the work and wisdom of people who don’t look and think like we do. Geography may be destiny, but gender and race shouldn’t be. 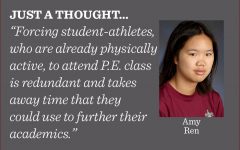 Student-athletes should be allowed to opt out of P.E. 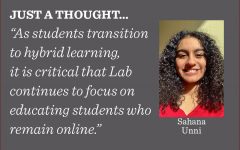 Teachers must remember to engage students choosing to remain online 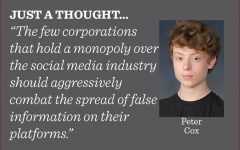 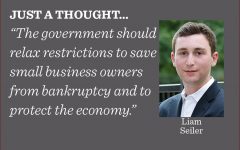 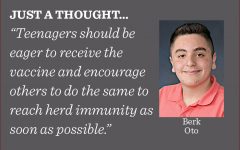 Eligible teenagers should be eager to receive vaccine