Since 1901, a bronze plaque hung in Hutchinson Commons on the University of Chicago campus, which honored the contributions of Stephen Douglas, an Illinois politician and lawyer. Last summer, the university removed the plaque in an attempt to condemn Douglas’ historical ties to slavery.

While the university has taken the first steps to address prior connections to Douglas, some community organizations believe that this act of symbolism is not enough, arguing that recognition of the institution’s past must go a lot further.

In the article, the RAUC explains that Stephen Douglas, a congressman and later a Senator from Illinois, in 1847 married into a Southern family that enslaved Black people in Mississippi. He amassed a huge profit from this exploitation, began buying real estate in Illinois and purchased land in what is now Bronzeville. In 1855, he donated this land to the new institution of University of Chicago. Though gaining land allowed the university to build legitimacy and connect with more donors, ties to Douglas ultimately damaged the university’s reputation. The board decided to rename the university to “The Old University of Chicago,” which eventually fell into debt and declared bankruptcy in 1866. In 1890, the current University of Chicago as it is known today was founded, without any official legal ties to Douglas.

Even with these changes, the RAUC argues in their paper that “the University of Chicago owes its entire existence to slavery.”

President Robert Zimmer disputed this connection over the summer after the RAUC argument that the old and new universities were linked. Mr. Zimmer said that Douglas died in 1861, and had no ties with the current University of Chicago founded in 1890.

We begin to analyze the university’s own practices after slavery. You know — with racial restrictive covenance, with gentrification, with UCPD — all of these abuses that have kind of subjugated that community, the South Side.”

David Johnson, a first-year master’s student at the Harris School of Public Policy, works as organization liaison for the RAUC. Mr. Johnson believes that even though the University of Chicago is not the only university in the country to owe reparations, it is in a unique place to mend the harms it has caused.

“We begin to analyze the university’s own practices after slavery. You know — with racial restrictive covenance, with gentrification, with UCPD — all of these abuses that have kind of subjugated that community, the South Side,” Mr. Johnson said. “It really has the potential and the grounds to do something that’s never been done before, but is still owed.”

U-High history teacher Paul Horton believes that although the university has no legal obligation to pay reparations, it has a moral and ethical obligation, especially if money from the Doulgas estate had been donated to the university founded in 1890. He also noted that it was possible that donations to the university may have come from Southern families who enslaved people.

“If we find that there are major benefactors of the University of Chicago who come from Southern families who owned slaves, who profited from slavery, then we should pay reparations,” Mr. Horton said. “Some more research needs to be done about that beyond Stephen Douglas.” 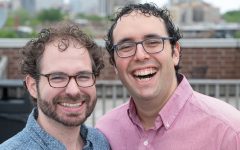 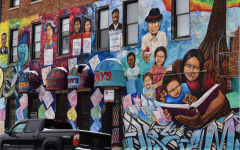 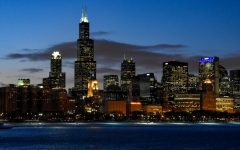 According to Mr. Johnson, reparations could come in many forms. They would likely be direct reparations to the descendants of those enslaved by Douglas, or investments into the South Side community focused on education, housing and healthcare. The most important aspect is that reparations are organized not just by the university, but by the community.

“It kind of looks like charity because they’re deciding what they want to do, if they want to do it, how much they want to give, but that defeats the purpose of what the repair is supposed to be,” Mr. Johnson said. “It will always fail if the victims or the survivors are not at the forefront of this conversation.”

The removal of the Douglas plaque last summer was an example of what happens if the university does not consult any organizations. According to Mr. Johnson, there was no communication from the university regarding the plaque and that no community group had asked for it to be pulled down.

“Of course, it’s a good step in the right direction,” Mr. Johnson said. “But if you are just gonna do things without putting these different organizations at the table, then you continue to have that chasm between those different groups and between the university, and you really never unify because you’re not doing it with cohesion.”

Mr. Horton believes the university community needs a deeper reconciliation with its past of gentrifying Hyde Park.

The conversation about reparations from universities has been happening nationally for a few years. Schools such as Georgetown University, University of Virginia and Brown University have taken steps toward reparations, yet Mr. Johnson said the University of Chicago has not recognized the efforts of the RAUC or other organizations.

“It really doesn’t make sense that they would not acknowledge our presence, not acknowledge our efforts,” Mr. Johnson said. “Because, at the end of the day, it makes the university stronger when it recognizes this past harm and strengthens its own institutions by repairing those harms.”